My third time on this small island whose sand is soaked with history. Today for the first time with my wife. In between dives we took a walk around the pier, where we quickly ate some snacks and took a shower.
No time to do a full tour of the island so we were just taking a short walk ashore when a stocky man driving a pick-up truck approached us and asked how long we were staying on the island.
I told him no more than a half-hour and he offered to show us the wreck of a Japanese Zero that had been downed nearby and the airstrip for which so many people had died.
500 people live on the island now, but boats of tourists come from Koror every day to restock a couple of minimarkets. Other than that, locals have to boat to the capital for shopping.
We can see a small house, nothing special but the building is proudly announced by signs and photos as the house where the Japanese Emperor and Empress rested during their visit to Palau and Peleliu on 9 April 2015.
The photos of the imperial visit show the couple, meeting local elders and children, and of course paying tribute to the fallen soldiers of both sides, Japanese and American.
There are two mausoleums on the island a Shinto for the Japanese and one for the Americans, though both sides, I am told, retrieved their dead to be buried in their respective homeland.
Peleliu offers better dive sites than Palau, I wish we had spent more time here. But I fear the liveaboard skipper wanted to save fuel... 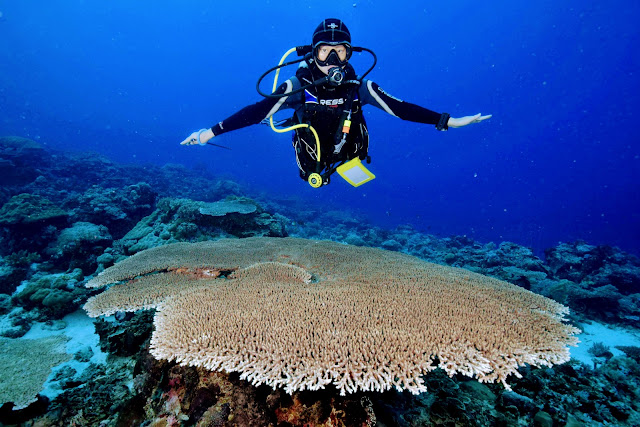 In the final dive of the day an incredible encounter with a leopard shark. 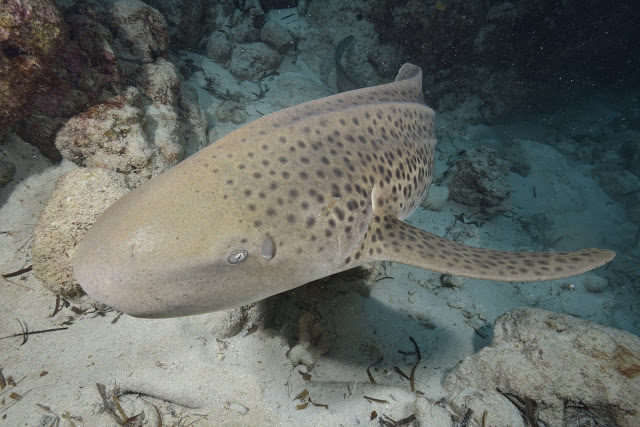