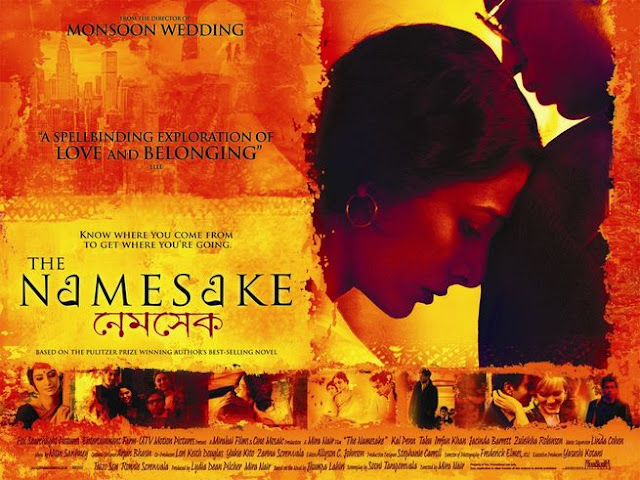 Namesake is a Bollywood drama by Mira Nair, based on the best-selling novel by Jhumpa Lahiri. Ashoke (Irfan Khan) and Ashima (Tabu) are a young couple who are brought together in an arranged marriage and soon leave Calcutta to seek their fortune in America. Before long, Ashima gives birth to a baby boy, and pressed to choose a name, they dub the infant Nikhil (Kal Penn), though he soon picks up the nickname Gogol, after Ashoke's favourite author. By the time the child is old enough to attend school, he insists upon being called Gogol at all times, and he displays little interest in his Indian heritage.

Several years on, Gogol has decided he wants to be called Nick (and is now played by Kal Penn) and has become a thoroughly Americanised teenager, openly rebelling against his parents, smoking marijuana in his room, and dating Maxine (Jacinda Barrett), a preppy blonde from a wealthy family. Ashoke and Ashima are uncertain about how to deal with their son's attempts to cut himself off from their culture, but Nick begins expressing some uncertainty himself when he meets Moushumi (Zuleikha Robinson), a beautiful girl who also comes from a family of Indian expatriates.

Multiple stories in this film. Indian immigration in the 1970s, with a bright young engineering student who finds opportunities at M.I.T., the dream university for many scientists around the world. What a coincidence, I went to M.I.T. in the seventies, same university and same decade! Some of my classmates and best friends were just like Ashoke!

Also a touching family love story, with the problems faced by parents of adolescent kids in every country.

The strong role of the family bonds in Indian culture is a message not to be missed, and from which we in the West have much to learn.

I found the puzzlement of the American born kids when they go back to visit India the most entertaining and amusing part of the film.

Everything rotates around the quirky name that Ashoke has chosen for his son, and the meaning of this name which only becomes clear to the son after his father's death. 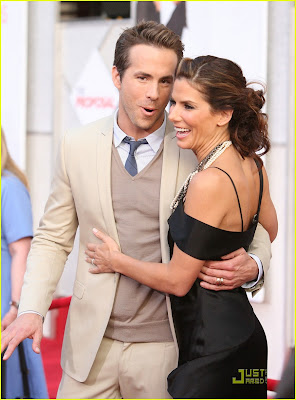 When high-powered book editor Margaret faces deportation to her native Canada, the quick-thinking exec declares that she's actually engaged to her unsuspecting put-upon assistant Andrew, who she's tormented for years. He agrees to participate in the charade, but with a few conditions of his own. The unlikely couple heads to Alaska to meet his quirky family and the always-in-control city girl finds herself in one comedic fish-out-of-water situation after another. Stars Sandra Bullock, Ryan Reynolds, Malin Akerman, Betty White, Craig T. Nelson, Mary Steenburgen et al.

This is funny, fast, even moving. While the ending is predictable (what else could it be after all?) the way it's worked up is not. A feel good movie for sure, but there is also a moral of the story. I don't know if the author of the director Anne Fletcher of The Proposal meant it, but for me it is: always keep an open mind on what life might bring to you from the most unexpected corners, and be ready to catch it on the fly. 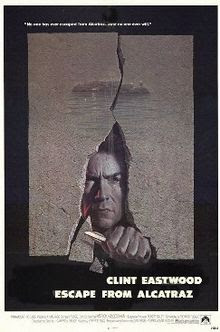 One of Clint Eastwood's two most important filmmaking mentors was Don Siegel (the other was Sergio Leone), who directed Eastwood in Dirty Harry, Coogan's Bluff, Two Mules for Sister Sara and this enigmatic, 1979 drama based on a true story about an escape from the island prison of Alcatraz. Eastwood plays a new convict who enters into a kind of mind game with the chilly warden (Patrick McGoohan) and organises a break leading into the treacherous waters off San Francisco. As jailbird movies go, this isn't just a grotty, unpleasant experience but a character-driven work with some haunting twists. --Tom Keogh for Amazon

This is a great movie that entertains with lots of suspense while telling the real story of three inmates who pulled off the only successful escape from the notorious Alcatraz prison.

Eastwood is his usual self: cool, smart and cynical to the extreme, but also human. Highly recommended. Other supporting actors contribute to a great film.

A rhapsodic celebration of song, a brutal condemnation of wartime mentality, and a lyrical statement of hope within darkness; even amongst the riches of 1950s' Japanese cinema, The Burmese Harp, directed by Kon Ichikawa (Alone Across the Pacific, Tokyo Olympiad), stands as one of the finest achievements of its era.

At the close of World War II, a Japanese army regiment in Burma surrenders to the British. Private Mizushima is sent on a lone mission to persuade a trapped Japanese battalion to surrender also. When the outcome is a failure, he disguises himself in the robes of a Buddhist monk in hope of temporary anonymity as he journeys across the landscape but he underestimates the power of his assumed role.

A visually extraordinary and deeply moving vision of horror, necessity, and redemption in the aftermath of war, Ichikawa's breakthrough film is one of the great humanitarian affirmations of the cinema.

Nominated for a Best Foreign Language Film Oscar and honoured at the Venice Film Festival. You can watch a trailer here.

Todd Anderson (Josh Hamilton) spends his days managing a call centre in Seattle until he gets the bad news from his boss his job has been outsourced to India. Adding insult to injury, Todd must travel to India to train his new replacement. He expects the worst experience of his life, and it certainly begins that way! As he navigates through the chaos of Bombay and an office paralyzed by constant cultural misunderstandings, Todd yearns to return to the comforts of home. But it is through his team of quirky yet likable Indian call centre workers, including his friendly and motivated replacement, Puro (Asif Basra), and the charming, opinionated Asha (Ayesha Dharker), that Todd realizes that he too has a lot to learn - not only about India and America, but about himself. He soon discovers that being outsourced may be the best thing that ever happened to him.