Book Review: Triumph of the City, by Edward Glaser, ****

America is an urban nation. More than two thirds of us live on the 3 percent of land that contains our cities. Yet cities get a bad rap: they're dirty, poor, unhealthy, crime ridden, expensive, environmentally unfriendly... Or are they?

As Edward Glaeser proves in this myth-shattering book, cities are actually the healthiest, greenest, and richest (in cultural and economic terms) places to live. New Yorkers, for instance, live longer than other Americans; heart disease and cancer rates are lower in Gotham than in the nation as a whole. More than half of America's income is earned in twenty-two metropolitan areas. And city dwellers use, on average, 40 percent less energy than suburbanites. 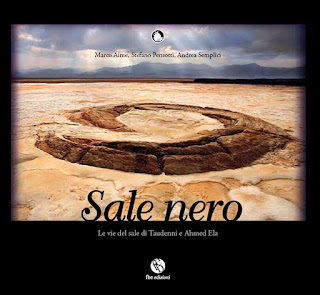 Synopsis
The author points out that Buddha was not a mystic and his awakening was not a shattering revelation that revealed the mysteries of God or the universe. What the Buddha taught was not something to believe in, but something to do. Buddha challenged people to understand the nature of anguish, let go of its origins, realize its cessation and create a certain way of life and awakening. This awakening is available to all of us, and Batchelor examines how to work realistically towards it, and how to practise and live it every day.

Review
This book immediately rang a bell with me. I have long felt close to Buddhism, among other reasons, because it does not require believing in any dogma. As someone who has been educated in science, I always felt uneasy with beliefs. I prefer to know, or to accept I don't know. I am an agnostic. This book spells out very clearly how Buddhism traces the path to inner peace without requiring anyone to "believe" in anything.

For example, we have no real answers to metaphysical questions (the origins of the universe and such unanswerable eternal open issues) so Buddha stopped asking them. On the ethical plane, the dharma is the logical conclusions one reaches by reasoning on what is good, not some kind of given commandment. The closest thing I can find in Western philosophy is the categorical imperative of Immanuel Kant, whom I regard as the greatest thinker of Western civilization.


You can find more books by the same author by clicking on this link.

Email ThisBlogThis!Share to TwitterShare to FacebookShare to Pinterest
Tags (click on a tag to read posts on same topic): BOOKS, Buddhism, philosophy

Contains the French version and the original English spoken version in FULL HD resolution !!! Classic 60's French drama, the Blu-ray features the full HD version of the originally in English spoken and recorded movie. Starring screen legends Alain Delon (Lost Command, Borsalino, Mr Klein, Swann In Love), Romy Schneider (What's New Pussycat, Ludwig, Deathwatch), Jane Birkin (Blow Up, Death On The Nile, Dust) it's the story of two lovers, Marianne and Jean-Paul who are spending their vacation in a sumptous villa near St.-Tropez. After a visit Marianne invites former lover Harry and his teenage daughter Penelope to stay. With the swimming pool the main centre of action, tensions soon rise and passion turns to deadly violence.

It must have been pretty shocking in the late sixties to see Schneider's naked breasts, but somehow it's not the same 45 years later :) A classic story of possessive love and obsessive lust. The movie makes me sort of detest Alain Delon, a spoiled brat in the story and perhaps in real life? In the disc there is an alternative end to the story, with policemen coming up to ... well I won't spoil it here, but somehow my disc was defective and the alternative end is cut off. There is also a short extra with an interview to the two protagonists just before the shooting of the movie.

What I found most interesting here is the lifestyle of the sixties, the clothing, hairstyle, smoking habits...

Email ThisBlogThis!Share to TwitterShare to FacebookShare to Pinterest
Tags (click on a tag to read posts on same topic): FILMS, France, love

This is a romantic comedy set in Paris about a family that goes there because of business, and two young people who are engaged to be married in the fall have experiences there that change their lives. It's about a young man's great love for a city, Paris, and the illusion people have that a life different from theirs would be much better.

Sinopsys
Phileas Fogg bet his fellow club members that he can circle the globe in eighty days. That may not be impressive today, but in 1872, it was nearly impossible. Accompanied by his valet, Passepartout, and the wandering Princess Aouda, Fogg crosses Europe, India, Japan, the Pacific and the United States.

Winner of several Academy Awards, this was written by John Farrow (Mia's dad) and S.J. Perelman, based on Jules Verne's 1873 classic. The fun part is the razzle-dazzle. Todd knew what he was doing with all those exotic locales and over 40 cameo appearances, including Charles Boyer, Ronald Colman, Marlene Dietrich, José Greco, Peter Lorre, Buster Keaton, Frank Sinatra, and Red Skelton. A very young Shirley MacLaine was painted and dyed to play a lively Indian Princess. --Rochelle O'Gorman

Review
Five Oscar winner film from 1956, the only one ever produced by Michael Todd, third husband of Elizabeth Taylor, who died soon afterwrds at 48. Nice box with two DVDs in English and French, with subtitles in Spanish as well. A pleasant panoramic view of the world's cultures, where the real protagonist is Passpartout, while Phileas Fogg embodies English pleghm in front of every and all adversity and unforseen circumstances. Surely some scenes appear rather improbable (in the book and in the film) but we should keep in mind that Verne was writing in the XVIII century and the film was made in the 1950s technology, no CGI here! But the movie flows well and leads the viewer by the hand around the world for a lively and at times even sparkling journey.

Of course, it is highly advisable to read the book as well, Naturalmente è consigliatissimo leggere il libro di Jules Verne. There are several editions available on Amazon if you click here.

Email ThisBlogThis!Share to TwitterShare to FacebookShare to Pinterest
Tags (click on a tag to read posts on same topic): BOOKS, FILMS, TRAVEL

Email ThisBlogThis!Share to TwitterShare to FacebookShare to Pinterest
Tags (click on a tag to read posts on same topic): fiction, FILMS, LIBRI, VIAGGIO

Synopsis
Heart of Darkness is a novella written by Joseph Conrad. It is widely regarded as a significant work of English literature and part of the Western canon. The story tells of Charles Marlow, an Englishman who took a foreign assignment from a Belgian trading company as a ferry-boat captain in Africa. Heart of Darkness exposes the myth behind colonization while exploring the three levels of darkness that the protagonist, Marlow, encounters--the darkness of the Congo wilderness, the darkness of the European's cruel treatment of the natives, and the unfathomable darkness within every human being for committing heinous acts of evil. Although Conrad does not give the name of the river, at the time of writing the Congo Free State, the location of the large and important Congo River, was a private colony of Belgium's King Leopold II. Marlow is employed to transport ivory downriver. However, his more pressing assignment is to return Kurtz, another ivory trader, to civilization, in a cover-up. Kurtz has a reputation throughout the region. This symbolic story is a story within a story or frame narrative. It follows Marlow as he recounts from dusk through to late night, to a group of men aboard a ship anchored in the Thames Estuary his Congolese adventure. The passage of time and the darkening sky during the fictitious narrative-within-the-narrative parallel the atmosphere of the story.

About the Author
Joseph Conrad was born in the Ukraine in 1857 and grew up under Tsarist autocracy. In 1874 Conrad travelled to Marseilles, where he served in French merchant vessels before joining a British ship in 1878 as an apprentice. In 1886 he obtained British nationality. Eight years later he left the sea to devote himself to writing, publishing his first novel, Almayer's Folly, in 1895. The following year he settled in Kent, where he produced within fifteen years such modern classics as Youth, Heart of Darkness, Lord Jim, Typhoon, Nostromo, The Secret Agent and Under Western Eyes. He continued to write until his death in 1924.

Review
A masterpiece about the greed of human nature and folly of men pursuing wealth and power at the cost of their sanity, and of their lives. The writing is disorganized, chaotic, crazy even, but that is exactly the kind of situation Conrad was trying to convey. If you get lost while reading, don't worry, you are supposed to! The Belgian occupation of the Congo was probably the cruellest of all colonial powers, at least as long as King Leopold was running the place as his personal fiefdom. (Things improved when the Belgian state took over at the begining of the XX century.) The value of life was close to zero, and the discrepancy between a white life and a black life could not have been starker. Even Africans often considered an African life worth next to nothing.

There are several additional editions of the book on Amazon.co.uk, including Kindle. Just click here to choose.

Here is the American edition with hardback, softcover and audio options.


Or click here to buy your copy on Amazon.com.

This book was made into a movie in the 1990s. Funny but Amazon only offers the DVD of this title in Italian. The movie, however, is not even close to the quality of the book. Roth does a good job, but the good news ends here. The location is a far cry from the majestic Congo river and the sequence of events is played out in an artificial way, makes it all feel very fake. 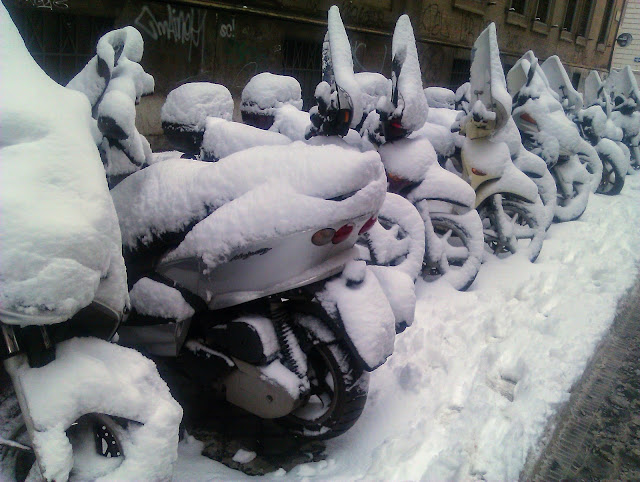 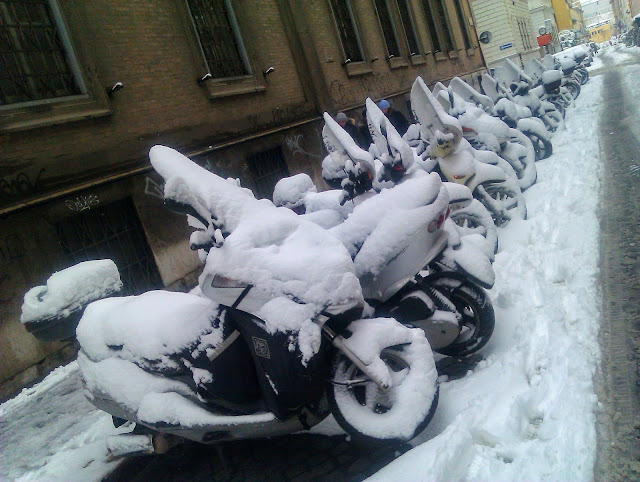