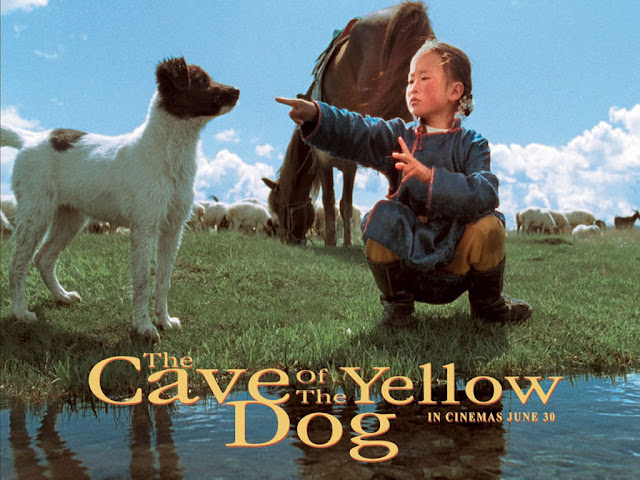 From the director of The Story of the Weeping Camel comes another captivatingly beautiful story of nomadic family life in the endless expanse of the Mongolian landscape. While taking a walk, six-year-old Nansaa finds a little black-and-white spotted dog in a cave along the cliffs. She names him 'Zochor' (or 'Spot' in English) and takes him home with her. But her father tells her to get rid of him because wild dogs attack the sheep. When her father goes on a long trip to the city to sell sheepskins, Nansaa keeps the little dog, who becomes her trusted companion. One day she loses track of him in the tundra and, while searching for him, encounters an old nomad woman who tells her the legend of the the cave of the yellow dog… Mongolian with English subtitles; UK Exclusive Director Interview. 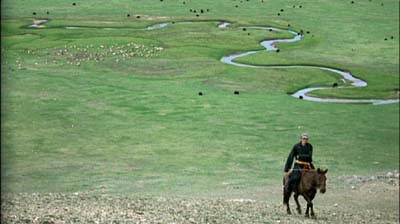 This film is highly instructive because it takes the viewer into the most intimate life of a nomadic Mongolian family. It is not really about a dog. There are no professional actors but a real family living its normal life. We can see the immense spaces of Mongolia and get a glimpse of its traditions. At the same time, we see how modernization is changing the country, with technology affecting kids' education, transport and the availability of information. In my vew Mongolia is changing for the better, and I don't understand those who criticize change and would like to hold on to a backward and obscure past.

Very useful to prepare a trip to Mongolia.

Get your US DVD or BD here

Email ThisBlogThis!Share to TwitterShare to FacebookShare to Pinterest
Tags (click on a tag to read posts on same topic): FILMS, Mongolia
Location: Mongolia

Today it's my second visit to the Maldives National Museum. I came here for the first time in 2009, and I wrote about this visit in my book (in Italian) on the Maldives and in this blog. Actually I did not quite come here, as in 2009 the museum was still housed in its old premises.

The National Museum of the Maldives was inaugurated on 19 November 1952, by the Prime Mnister Mohamed Ameen Didi, in the Usgekolhu, the last remaining building of the old Sultan's palace. It was an old building, inadequate for a modern museum.

Construction of the new (current) museum began in 2007 and it was inaugurated by then president Nasheed on 25 July 2010. The new building is a donation from China.

The museum houses artifacts as well as shells and corals, symbols of the Maldivian cultural as well as natural heritage.

There is a hard to find book on sale, probably the only one about the Museum of Malé, Maldives. Printed in 2010, just after the new museum gifted from China was completed, and before the tragic events of 8 February 2012, when almost all of the pre-islamic items in the museum were destryoyed by islamic fundamentalists.

The then president Nasheed had just been deposed and a wave of fanaticism shook the capital. A group of fundamentalists broke into the Museum and destroyed everything that was associated with the rich pre-islamic culture of the islands.

The book contains short descriptions of most items on display and color pictures of many of them, including some of those destroyed, some irreparably. As such it is bound to become a rare document, even tough not all objects are represented here.

You can contact the Museum or the Ministry of Tourism and see if they will mail the Museum's book ((2010), edited by Nasheema Mohamed and Ahmed Tholal) to you as it does not seem to be available online and at bookstores.

You can buy my book on the Maldives here (in Italian)