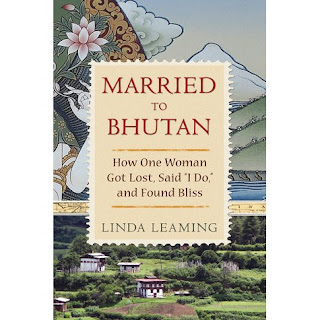 Tucked away in the eastern end of the Himalayas lies Bhutan—a tiny, landlocked country bordering China and India. Impossibly remote and nearly inaccessible, Bhutan is rich in natural beauty, exotic plants and animals, and crazy wisdom. It is a place where people are genuinely content with very few material possessions and the government embraces “Gross National Happiness” instead of Gross National Product.

In this funny, magical memoir, we accompany Linda Leaming on her travels through South Asia, sharing her experiences as she learns the language, customs, and religion; her surprising romance with a Buddhist artist; and her realizations about the unexpected path to happiness and accidental enlightenment.

As one of the few Americans to have lived in Bhutan, Leaming offers a rare glimpse into the quirky mountain kingdom so many have only dreamed of. For over ten years, Leaming has lived and worked in the town of Thimphu, where there are no traffic lights and fewer than 100,000 people. “If enlightenment is possible anywhere,” she writes, “I think it is particularly possible here.” (back cover of the book)


Linda Leaming is a writer whose work has appeared in Ladies' Home Journal, Mandala, The Guardian , A Woman's Asia (Travelers' Tales), and many other publications. Eric Weiner included her in his bestseller, The Geography of Bliss. She regularly speaks about Bhutan at colleges, churches, seminars and book groups. She is married to the renowned Bhutanese thanka painter, Phurba Namgay.

Linda first traveled to Bhutan in 1994, and moved there three years later. This tiny Buddhist country hidden away in the Himalayas is a very happy place for many. Its king believes in Gross National Happiness instead of Gross National Product. Leaming writes about her life in Bhutan and how she learned to live more simply, how she laughs at herself instead of getting mad at others, and how she slows down to look for magic-- because it's everywhere. In Bhutan, she's known for using a salad spinner instead of a washing machine, and her village man makeovers.

Her writing has appeared in Ladies' Home Journal, Huffington Post, Mandala, Guardian UK, A Woman's Asia (Travelers' Tales, 2005), and many other publications. Eric Weiner included her in his 2008 bestseller, The Geography of Bliss. Originally from Nashville, she has an M.F.A. in fiction from the University of Arizona, and she regularly speaks about Bhutan at colleges, churches, seminars, and book groups. She is married to the renowned Bhutanese thanka painter, Phurba Namgay. (from Amazon)

This is a solid personal story that will help you understand much about the country of Bhutan. Her personal love story with the Bhutanese man who became her husband is captivating. Her myriad anecdotes are most informing and entertaining, she really makes it a pleasure to read through them.

She is on less firm footing when (and this happens a lot) she compares the way of life in Bhutan with that of Western countries, and especially the US. One can hardly think of two countries that are less comparable.

Throughout the book one gets that feeling, that is common when reading so many books about developing countries, that life before modernization was tough but happy. That before Western influence began to make its way through the valleys the local ways and culture were not "contaminated" and pure. I am not sure life was happy in Bhutan before the arrival of electricity, cars, antibiotics, education for everyone and not just for the clergy, etc. I don't think it was. As far as I could tell when visiting the country, no one wants to go back to the "good old ways". They are happier now as they embrace development, albeit at their own pace. Bhutan is a quintessentially Buddhist country, and Buddha was, in his time, "imported" from neighbouring India and Nepal.

You can read more about Linda Leaming and her work on her own website.


You can buy the book on these websites

Shoe-horned into the Grand Himalayas, Bhutan - Land of the Peaceful Thunder Dragon - is a fiercely independent kingdom that celebrated its centenary in 2008. Isolated, charming, peaceful, and religious, the Bhutanese are a pragmatic, sensitive people who take from the West what will benefit their country and leave the rest.

The countryside is pristine, the lifestyle and culture have been preserved for centuries, and the love of life is abundant among the people. Few outsiders know Bhutan as intimately as Francoise Pommaret. This title presents a passionate introduction to Bhutanese culture and history by resident author - the world's leading expert on Bhutan.

It features literary extracts with an historical perspective. It offers information about: trekking and mountaineering in this spectacular kingdom; national symbols of Bhutan, ceremonial scarves, the Dzongkha language, chortens and mandalas; and, archery and other national sports.

Excellent primer on the country. Not a guidebook but a rich resource to deepen your understanding of Bhutan before and after a trip. Or if you never get a chance to go. There is a section on "Facts for the traveller" with practical info, but most of the book is devoted to the cultural and natural wealth of the country.

Special sections on Symbols, Chortens, Medicine, Ceremonies, Etiquette and much more will capture your interest depending on your personal preferences.

Beautiful pictures by a number of famous and less famous photographers make this a book one not to miss.


View a video on Bhutan by the author here

Here is another of her videos on cultural diversity in Bhutan

And here another on on tradition in the country

Finally on the biodiversity

Email ThisBlogThis!Share to TwitterShare to FacebookShare to Pinterest
Tags (click on a tag to read posts on same topic): Bhutan, BOOKS
Location: Bhutan 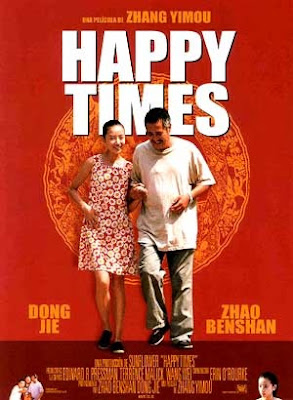