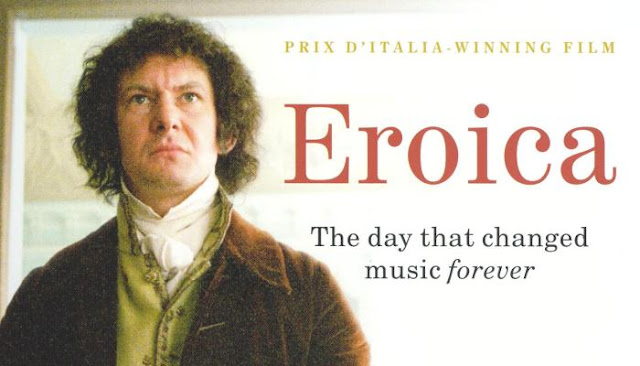 By the time the first public performance of Beethoven's Symphony No. 3 ('Eroica') took place in Vienna in 1805, a privileged few had already heard the work at a private play-through at the Lobkowitz Palace in June 1804.

This release brings to life the momentous day that prompted the great Haydn, Beethoven's teacher, to remark 'everything is different from today'.

A film that keeps you glued to the screen from beginning to end even if you don't like classical music. It is a film about a day that changed Western culture, not just music. It put thought into music. Classical music is no longer just for pleasure or, worse, for background, but it is a means of expression for ideas and ideals. In a way, no film can possibly be expected to convey such an enormous feat, it's too important, too far reaching an event to encapsulate in 83 minutes.

Acting is quite good, and so are the costumes. Of course the symphony itself if always a pleasure to listen to. In this case it's Gardiner conducting.

One small inaccuracy is that when he learns that Napoleon crowned himself Emperor Beethoven is shown as ripping the title page off, with the famous dedication to Bonaparte, and throwing it away. In fact, he crossed out the words, ripping up the paper in doing so.

In the UK buy your favorite version of Beethoven's Eroica here on Amazon.

Handling bureaucracy for a new passport

I am in front of the Italian consulate's door at 8:30 before it opens its doors for the week. It's an endless series of phone calls bu in the end it all works out for the best. I have a new passport by the end of the morning and a new Polish visa (albeit a temporary one) in the afternoon!

In the evening dinner in the hotel room with a bottle of Italian Merlot, getting psychologically ready to cross the "iron curtain" tomorrow. It will be a memorable day, tomorrow, but we don't know that yet!

A gloomy Sunday. The sky is gray just like my mood. Most everything is closed down, not much to do except trying to cheer myself up for the loss of my passport. Ann and Andrew are good comfort in a difficult moment.

Which a couple of Sachertorten and a great dinner of wild game and red wine help to do.

Hit the sack early, tomorrow I'll have to try and get a new passport!
No comments:

A day that started well with a tour of the Schoenbrunn palace turned into one of the worst nightmares of my life.

After the tour, we went to the Westbanhof for a quick and cheap lunch. Which we got, no problem. We ate standing up at some tall tables. I was carrying all my essentials (passport, wallet, etc. though I did not have any credit cards at that time yet!) in a small shoulder bag, which I took off to eat and put on a shelf just under the table. Where I left it after I was done eating and we all left.

I only realized my blunder a few minutes later. We were driving in town, I turned around and sped back to the station, but the bag was gone. I made a feeble attempt to ask the lady at the counter, but is a busy railway station café she, quite comprehensibly, had not seen anyone take it away.

This is going to be a problem, not so much for the money as for the passport and Polish visa, without which it will be impossible to continue my journey. Are months of preparation going to be in vain?

I felt so dumb and, for a brief moment, powerless.

Yet I never lost hope. I knew this could be made right and started calling home to see if mum and dad could help me get a new passport at the Italian Embassy in Vienna. A procedure which could take weeks, but my country being Italy, where organization might be wanting but common sense sometimes prevails over procedures, I was hoping a couple of phone calls might allow all of us to continue on our journey with minimal delay.

Drive from Salzburg to Vienna

We leave Salzburg at 10:00am for an uneventful drive to Vienna.

In the evening we get tickets to watch The Barber of Seville by Gioacchino Rossini at the Wienerstaatsoper.  Great show! My American friends are extatic, and actually so am I. You can see a couple of "Barbers" on youtube below. To me it is an incredibly powerful yet playful music: that is the genius of Rossini.

Afterwards we find a restaurant called Paulusstube to eat the typical Wienerschnitzel. Funny when we ask whether it comes with a side dish, as in America a piece of meat is usually served with some potatoes or vegetables. "It comes with nothing" is the peremptory answer of our otherwise friendly waiter. Our tasty schnitzel is profusely irrorated with good Austrian beer, after which we hit the sack.
No comments:

Breakfast at 9:00am, followed by a quiet walk in the downtown area. We visit first the cathedral, where Mozart was baptized, then the Franziskanerkirche, a sober yet intense moment.

After that we climb up to the Hohensalzburg fortress. It's a cloudy day and a pretty cold one in Salzburg, the city of salt, from the barges laden with the precious ingredient that passed through the city in antiquity on the aptly named river Salzach. 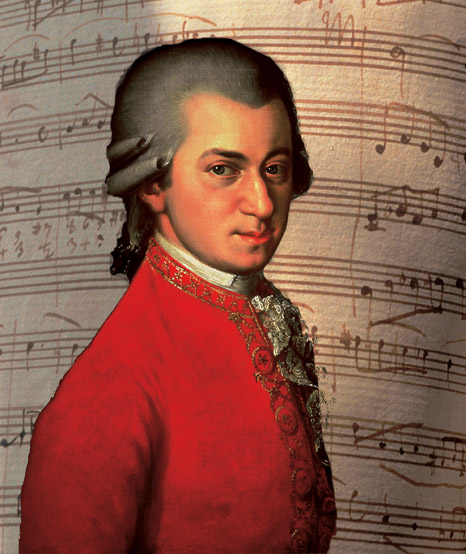 In the afternoon we visit Mozart's birth home and stop at the Fuerst Konditorei, on the Brodgasse, for a big chunk of chocolate torte!

Slow walk in town in the evening, nothing much, just a peaceful walk in an atmosphere charged with history where Mozart's notes somehow keep ringing in my mind. Andrew is not feeling well and I have a Wienerscnhitzel with Ann in a small restaurant near our hotel. 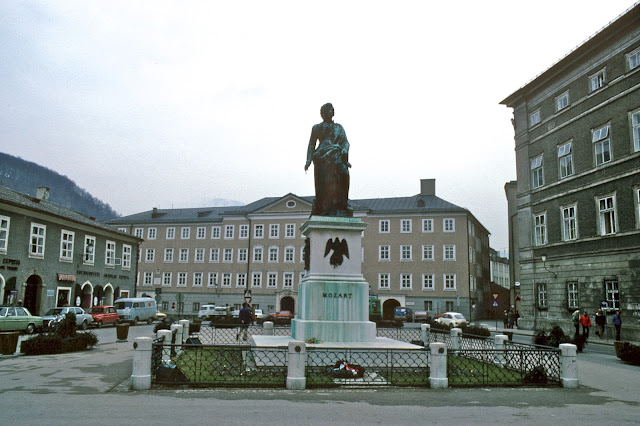 From Venice to Salzburg under the Alps

We leave Venice at 9:45am and take the Autostrada to Vittorio Veneto, then a regional road to Cortina and the Austrian border. The weather is great, sunny and chilly, ideal for driving.

After refueling and changing the windshield wipers we cross into Austria and the Grossgloeckner glacier presents itself to us in all its mighty beauty. Normally one would drive up the pass and enjoy the drive but there is too much snow and the road is closed. No choice but to return to Winklern, then Obervellach where we can put Giallina on a train car that takes us through a tunnel to the other side of the Alps, and finally we reach Badgastein. Andrew and I alternate at driving.

When we get there we can't miss a typical local Wurstel. Ann sprains an ankle. We get to Salzburg in the early evening and after looking around for an inexpensive accommodation we settle for a room in the "Wolf" B&B, near the Mozartplatz. Right, Mozart, the enduring champion of Salzburg.

Of Salzburg, yes, but not of Austria. A German friend of mine pointed out to me how the Austrians pulled this incredible trick in persuading the world that Hitler was German and Mozart was Austrian. In fact, Hitler was of course an Austrian who then became a naturalized German. Mozart however was never Austrian. During his lifetime (1756-1791) Salzburg the capital of the eponymous Arcbishopric, part of the Holy Roman Empire, Germany's immediate predecessor state if you will, not of the Austrian one.

Salzburg only became part of Austria after the Congress of Vienna, over twenty years after Mozart's death. That Wolfgang Amadeus worked in Vienna for much of his life did not make him a citizen.

Quiet evening in town.
No comments: