A vehement attack on the latest pseudo-scientific claims about the differences between the sexes. Sex discrimination is supposedly a distant memory. Yet popular books, magazines and even scientific articles increasingly defend inequalities by citing immutable biological differences between the male and female brain. That's the reason, we're told, that there are so few women in science and engineering, so few men in the laundry room - different brains are just better suited to different things. Drawing on the latest research in developmental psychology, neuroscience, and social psychology, Delusions of Gender powerfully rebuts these claims, showing how old myths, dressed up in new scientific finery, are helping perpetuate the sexist status quo. Cordelia Fine, a cognitive neuroscientist with a sharp sense of humour and an intelligent sense of reality' (The Times) reveals the mind's remarkable plasticity, shows how profoundly culture influences the way we think about ourselves and, ultimately, exposes just how much of what we consider 'hardwired' is actually malleable. This startling, original and witty book shows the surprising extent to which boys and girls, men and women are made - and not born, empowering us to break free of the supposed predestination of our sex chromosomes.

I found this book interesting as a further reading in my series on the eternal conundrum of man/woman relationship. This book emphasizes the environmental influence on the development of man and woman, whereas other books looked at the psychological dimension (like "Men are from Mars, Women are from Venus") or at the biological evolutionary aspect (like "Why Men don't Listen and Women Can't Read Maps") of the differences between genders.

Put it another way, what these books purport to be hardware differences, Fine argues are only software differences, the result of education, upbringing, societal influences. Without these external conditioning there is no scientifically measurable difference in the brains of man and woman.

In my view the theory developed in this book does not necessarily contradict those of the other, hardware oriented, books. I came away persuaded both are at work and relevant. I also came away persuaded that it does not make a whole lot of difference, for practical purposes: I believe in equal rights between the genders, and so obviously we must strive for equal opportunity. That will probably not result in equal attitudes, equal predispositions, or equal approaches to problem solving. Or maybe, in time, it will. We'll see. For the time being it is clear that the most important thing is to be aware of existing differences, whether hardware or software. Pretending they don't exist can only be harmful to man/woman relationships and counterproductive to our effort to overcome discrimination.

Email ThisBlogThis!Share to TwitterShare to FacebookShare to Pinterest
Tags (click on a tag to read posts on same topic): BOOKS, man/woman, social

Synopsis
Marking the 10th year since this popular Buddhist chant album was first released, this reissue ups the ante by featuring an expanded format. The first disc is a re-mastered version of the original album. The second features unreleased live performances by Gyurme and keyboardists Rykiel and Loy Ehrlich between 1995 and 2001, and it's this second disc that is truly intriguing. Recorded in caves, cathedrals, concert halls and open air festivals, the quality of the recordings is excellent. Mostly chanting and occasionally doing some long tones, Gyurme's voice again seemingly embodies a mix of the human and the holy during his prayers for healing, purification, liberation and peace--he's particularly spectacular on his solo intro to "The Mantra Of Padmasambhaval." Musically, Ehrlich seamless fills out Rykiel's ambient backgrounds, and two do a fine job accentuating the drama and majesty of Gyurme's voice, only overpowering it on the opening "Sacred Words Of Liberation." This is definitely a reissue that deserves to replace the original. -- Tad Hendrickson for Amazon

Email ThisBlogThis!Share to TwitterShare to FacebookShare to Pinterest
Tags (click on a tag to read posts on same topic): Buddhism, music

Sean Connery is back for his final performance as superagent James  Bond in this high-velocity action thriller from the director of The  Empire Strikes Back. When two atomic warheads are hijacked by the evil  SPECTRE organization, Agent 007 is hurled into an explosive,  pulse-pounding race to save the world from nuclear terrorists!

Well this is not the best Bond movie. But then not every Bond movie can be the best Bond movie. It's good though, despite the mixed reviews. I also found it interesting to see Kim Basinger when she was thirty years old. Being an (ex) scholar on nuclear weapons made me giggle not a little for the awkward procedures and handling of the nukes... but heck it's a movie!

A bit sad at the end of the movie to hear Connery, while kissing Kim Basinger, replying "Never again!" when an emissary of his boss asks him to go back to work as the service is not the same without him. Well so it was the final appearance of the best Bond ever!

Missing at the beginning is the traditional gun barrel sequence, as this is (the only one) not produced by Eon Productions.

Email ThisBlogThis!Share to TwitterShare to FacebookShare to Pinterest
Tags (click on a tag to read posts on same topic): FILMS

Book review: The Girl in the Picture, by Denise Chong, ****


Today it is forty years since one of the most famous photographs of the Vietnam war was taken, by photographer Nick Ut of the Associated Press.

Kim Phuc was nine years old on 8 June 1972. Severely burned by napalm, she ran from her burning village and was captured on film. Denise Chong relates Kim's experience and recovery in this astonishing biography and history of America's shameful war. The photograph of Kim, seen around the world, was one of many to turn public opinion against the war in Vietnam. This is the story of how the picture came to be and also what happened to Kim after it was taken. It provides an insight into the country Vietnam became after the US army left, and explains why Kim finally had to flee to Canada, where she now lives.

You can also visit the site of the Kim Foundation. 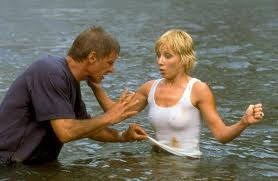 Big-screen favorite Harrison Ford stars in this nonstop adventure hit about a dream vacation that turns into a hilarious tropical nightmare! A gruff, rough-hewn cargo pilot living in the islands, Quinn Harris (Ford) hates tourists ... though he's not above making a fast buck from a sharp-tongued New Yorker, Robin Monroe (sexy Anne Heche), when she's desperate for a quick flight to Tahiti! But this already uneasy relationship suddenly takes a nosedive when his weather-beaten old plane is forced down in a storm! Now, stranded together on a deserted isle, Quinn and Robin quickly discover all the perils of paradise. 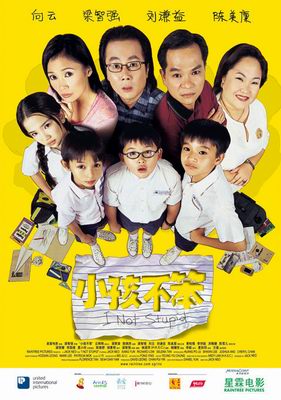 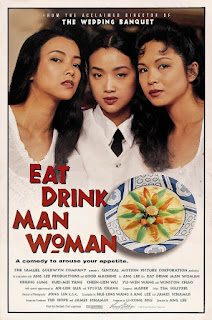 This is not a movie to see on an empty stomach. Writer-director Ang Lee's 1994 Oscar nominee tells a family story about a chef and his three daughters through the meals the chef prepares and serves his family. This touching, dryly funny story of a family coping with personal lives and the way those lives intersect with the family relationships captures a shift in generations in Taipei. The father, a famous chef who has lost his taste buds, still cooks, though he draws no pleasure from eating. His daughters, meanwhile, deal with both the disappointments and surprises of daily living and the way their adult lives compare to the expectations the widowed father had for them. A subtle, amusing--and mouth-watering--comedy of impeccable manners. --Marshall Fine

I found this Taiwanese movie exhilarating. As a lover of food, I was enchanted with the preparations of elaborate Chinese dishes. This is a movie about food, about life in Taiwan and about human nature.

I also found the movie to be an interesting picture into the daily life of a family in Taiwan, a fascinating island with a profound Chinese culture but also a society that has developed in a much different way compared to the mainland.