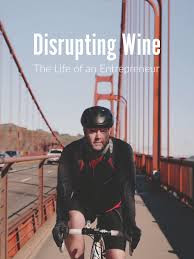 Synopsys
Documentary about the founder of Vivino, Heini Zachariassen.
Vivino has more than 43 million downloads worldwide and has its HQ in San Francisco. (from the film’s website) Of course: for wine just as for anything else innovation blooms in silicon valley.
Review
Too much about the life of the founder and his family and not enough about the Vivino application, its features, its very useful role in the hands of wine lovers and sommeliers alike. While some facts about Heini would obviously be in order to understand the genesis of the app, this is not supposed to be about him but about IT, VIVINO! Also, one gets the impression that the creator of Vivino treats wines as if they were any other commodity, he could have made an app about different kinds of detergents. I feel that is not the case but Heini's passion for wine does not come through.
See my other reviews of films about wine here.
Posted by Marco Carnovale No comments: 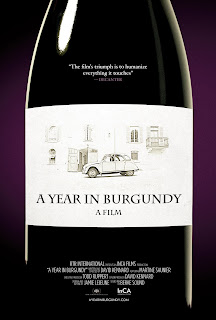 Synopsis
The film follows Martine Saunier seven wine-making families in the Burgundy region of France through the course of a full year, and delves into the cultural and creative process of making wine, as well as its deep ties to the land. What lies within the rhythm of a year, from vines to grapes to wine?
The film is in four season-sections, and plays out against that backdrop: spring showers, drought, heat wave, hail and storms, harvest moons and the damp cold of winter. Each vintage is a time capsule, a bottled piece of history of a very specific year, with its particular weather pattern, its crises and its triumphs. It all goes in, whether you want it to or not, and 2011 was full of drama. (from Ibmd)
Review
A bit of a disappointment. If you don't know anything about Burgundy you will certainly learn something. If you've been there a few times you will still get a few bits here and there but not much. Much of it is cliche. Brugundy deserves better. Still, if you have it for free on Prime and want an easy evening, go ahead an watch it, with a glass of Burgundy wine in hand of course.
See my other reviews of films about wine here.
Posted by Marco Carnovale No comments: 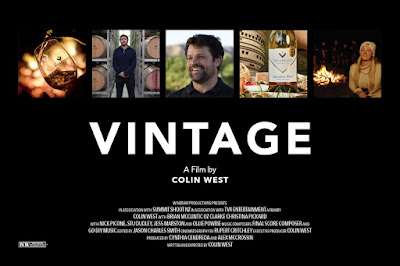 A New Zealand winemaking team enters the period known as Vintage when wine is made 24/7 for months on end. Sleepless nights, endless labor, time away from home means they must ensure nature, science and magic come together to overcome each challenge Vintage presents. (from imdb)

A missed opportunity. The makers of this documentary had access to the whole process of harvesting at a large New Zealand vineyard but we learn very little in over one hour of watching this repetitive production. We hear a hundred times how hard the work is during harvest, and how awesome everyone in the multinational team of pickers is, but little else.

One curiosity: lots of pigs apparently threaten the harvest at night, and even deer. As for birds, they try and do their share of eating but mostly cause botrytis, which is some parts of the world is welcome as it allows to make sweet wines, but not here.

Read my reviews of films about wine here. 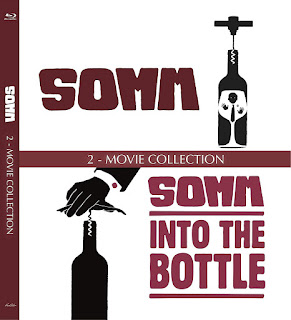 Synopsis
Sequel to the previous Somm movie of 2012, this documentary takes the viewer into the private world of famed producers (who open exceptional bottles for the occasion).
Review
A peek into cellars that most of us humans will never get into, and a good dose of self-irony about a profession that means different things to different people. Definitely recommended after the first.
We learn that the word "spirit", used for alcoholic beverages, comes from the fact that wine has been used in religious functions for a long time, it takes the "spirit" out of the body, especially when abused! Not sure it is true, but it sounds fun.
We also learn that Julius Cesar instructed his legionaries to drink at least a liter of wine a day, more before going into battle.
One somm opines that aging wine in wood is like adding salt to food: you may need it to exalt the flavor, but not too much. Some may not like it at all, of course. But if you do choose to oak a wine, beware: your barrel is going to be like a wife for your wine, choose well or your wine will pay the price for your mistake!
A few spoke about scoring wines. Some find it useful, some hate it as an oversimplification that is not reliable: no single somm will score the same wines the same way if given the same bottles blind over again.
Posted by Marco Carnovale No comments:

The story of a group of Barolo producers, friends, colleagues and competitors at the same time, who broke with tradition to find their own call.
Barolo was mostly cheap, unknown and unloved until the early 1980s. It was a difficult wine, harsh, unfriendly, tannic, and it required a very long time to age and become more pleasant.
A bunch of producers, led by Gaia and Altare among others, decided to change that: they started reducing yields by green harvesting (removing some bunches before they ripen, so as to leave fewer but better bunches on the vine) and using new and small oak barrels.
The result was amazing, Barolo became well known, expensive and veery much loved. But not everyone was happy
Posted by Marco Carnovale No comments: