Marco has long been engaged in a variety of independent activities, as freedom overtook money and career in his list of priorities.

He is now a lecturer and enrichment speaker, delivering talks about his travels, diving and photos as well as current affairs, wine and history at private events and on cruise ships, you can see his availability here.

In 2015 he became a sommelier and now writes about wines for the Associazione Italiana Sommelier (AIS). He represents the Association in Brussels and organizes events with the local Brussels Wine Club.


In 2005, with some friends, he founded Pagine del Mondo, a non-profit association on the culture of travel he has been running since. Tour leader, promoter and organizer of worldwide adventure travel tours. Tries to mix business and pleasure by making public presentations on his travels in Italian, English and French. Available for private presentations and slideshows. You can see some of his pictures here.

From 1994 to 2001 he was an international civil servant at NATO Headquarters in Brussels, Belgium. Wore a jacket and a tie every day, and smoked his pipe in the office until NATO became a smoke-free working environment. He dealt with political affairs, and specifically NATO’s relations with newly independent countries from Central and Eastern Europe. In charge of multilateral civil-military programs and defense reform. Did extensive communication work (public speaking, drafting communiques, media relations, briefings to civilian and military audiences) and led several information and communication teams around Europe and beyond (once as far as Argentina, causing widespread and protracted jealousy and envy among his colleagues).

From 1989 to 1994 he filled up a couple of A4 pages of his list of publications when he was a senior fellow and Head of Eastern European studies program at the Istituto Affari Internazionali (IAI), Rome – Italy. He coordinated complex research projects and multinational research teams. Conceived and directed fund-raising, publications, training programs, conferences and field trips. Contributed to Italian and American TV and radio news programs.

He was also an advisor and lecturer to the School of Higher Defense Studies of the Italian Ministry of Defense, and a consultant to the Ministry of Foreign Affairs.

During the same period he served as editor and contributed numerous entries to the Italian Encyclopaedia "G. Treccani" in the field of international security. This was before the era of blogs and Wikipedia, when it took several years for a post (or entry as it was called) to be published, by which time it was often obsolete and needed rewriting.

In 1990 he was Lecturer of a Summer course on "Human Rights and International Relations" at the European Forum, Alpbach, Austria.

In 1986, while still in graduate school, he designed and taught a new undergraduate course on nuclear nonproliferation at M.I.T. that both started and ended his university teaching career.

He also studied Marxism-Leninism and planned economics in Poland (Central School of Planning and Statistics, as it was called then) in 1980, getting out of the country just weeks before the Communist system fell apart during the Summer. The story of that time is told in his book: Beyond the Wall: Adventures of a Volkswagen beetle Beyond the Iron Curtain, available on Amazon.

Unrepentant, he went to study the German language at a Summer course in Communist East Berlin (Humboldt University) in 1981, and was able to take many now rare pictures of barbed wire and armed guards from the East side of the Wall.

Published widely in English and Italian on a range of subjects related to international affairs and defense issues. List of publications available here.  He then wrote hundreds of pages of notes during his travels, and he is publishing much of that material, which is much more fun both to write and to read, in this blog.

His book on the many trips that took him to the Maldives, where he met his wife, is Viaggio alle Maldive: Una non guida per svelare le isole (2nd edition 2015)

published in Italian and English as Journeys through the Maldives. 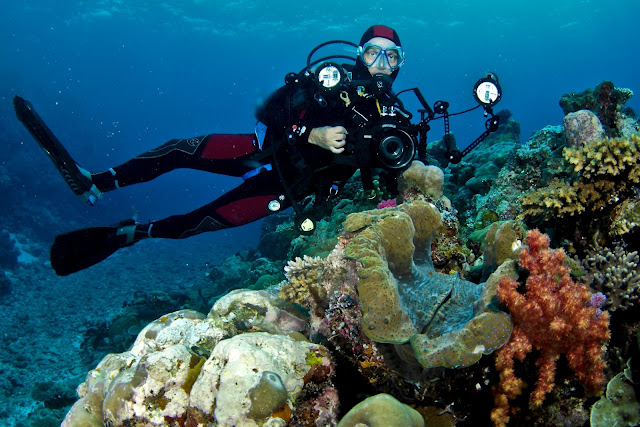 When he does not travel for work he usually travels for fun, and never leaves home without his trusted Nikons. Avid SCUBA-diver, has  become addicted to underwater photography as well. He used to fly gliders but that is hard to do in a country with little sun and no mountains.

Loves listening to Beethoven, especially since he found out that: a) they share the same birthday and b) they are neighbors, since the preposition “van” is owed to the fact the composer’s Flemish family came from Mechelen, just a few kilometers from his Brussels home. Also enjoys cool jazz and folk music from around world. For a while he studied the piano but here at least he stopped early enough, before it was too late.