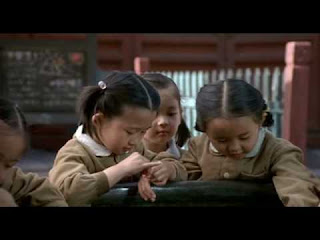 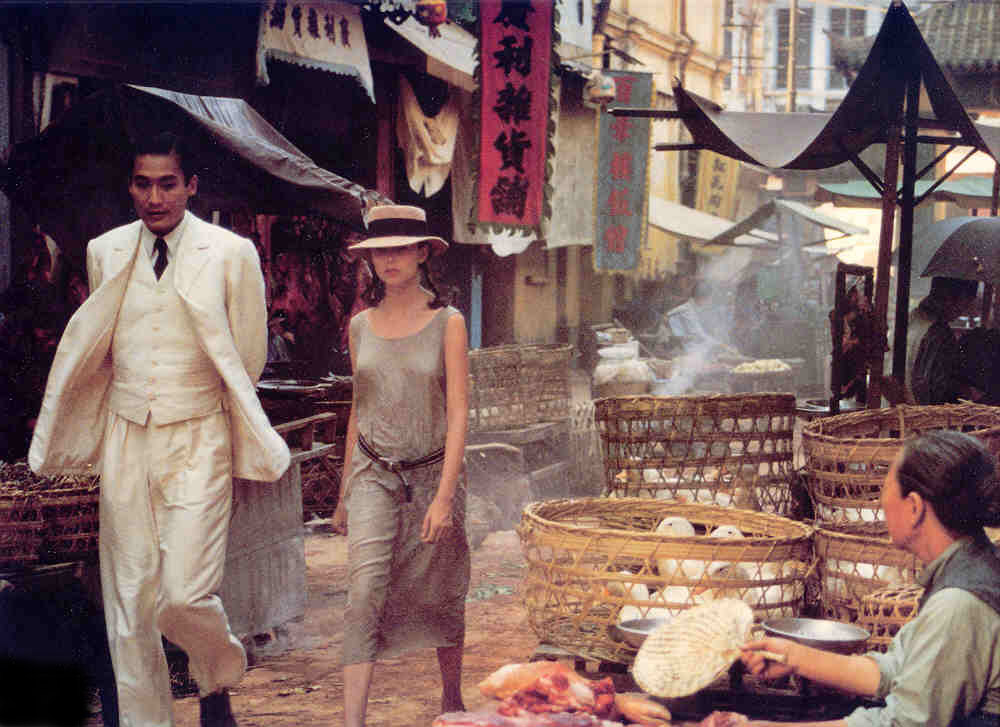 She comes from a troubled family that includes a mentally-disturbed mother (Frederique Meininger) and drug-addicted brother (Arnaud Giovaninetti). It also appears that her family would not approve of an interracial tryst. But then neither would his family, since in order to inherit his father's wealth, he must not break from a traditional Chinese arranged marriage.

But for me the main picture was that of colonian life in Vietnam in the French colonial time. Here we see as Asian man in control of a beautiful European lady. He is Chinese, not the colonized Vietnamese, but still an "Asian". Despite his wealth and sophistication he is still considered a second tier person by the white colonizers. But here he is in control. And she, too, frees herself from the constraint of her condition as a white lady at a boarding school, and takes her liberties with the man she loves. Or maybe does not love, but desires.

Duras said her book was partly autobiographical, which adds interest and lends credibility to the story. 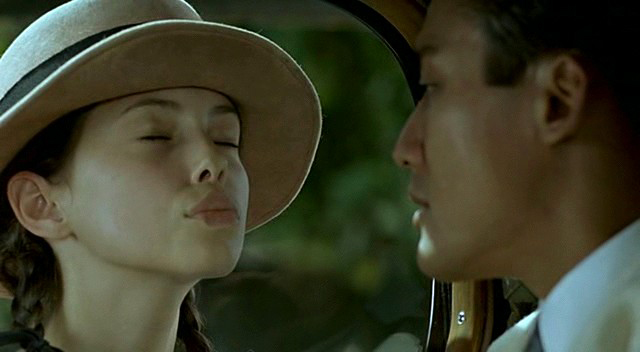 Zhu Xiao-Mei was born to middle-class parents in post WW II China, and her musical proficiency became clear at an early age. Taught to play the piano by her mother, she developed quickly into a prodigy, immersing herself in the work of classical masters like Bach. She was just ten years old when she began a rigorous course of study at the Beijing Conservatory, laying the groundwork for what was sure to be an extraordinary career. But in 1966, when Xiao-Mei was seventeen, the Cultural Revolution began, and life as she knew it changed forever.

One by one, her family members were scattered, sentenced to prison or labor camps. By 1969, the art schools had closed, and Xiao-Mei was on her way to a work camp in inner Mongolia, where she would spend the next five years. Life in the camp was unbearable, thanks to horrific living conditions and intensive brainwashing campaigns. Yet through it all Xiao-Mei clung to her passion for music and her sense of humor. And when the Revolution ended, it was the piano that helped her to heal. 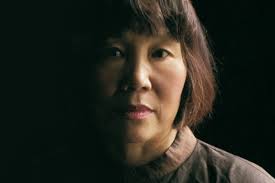 Compelling story about music, China and love. Music helped the author through terrible times in Mao's re-education camps and somehow kept her sanity in the face of protracted brain washing by the authorities. The figure of her mother is present as a fixed star that helped her steer her way amidst chaos and upheaval.

We learn curious tidbits about how the Chinese Communist musicians at the Conservatory saw Western classical music: Bach was too religious, Chopin a sentimentalist, Debussy an idealist and of course Beethoven was egoist, but somehow Mozart was OK (loc. 739 ebook)

More generally, the author takes us by the hand and shows how the Party saw the role of culture, the relationship of sons and daughters with their own parents, the deep mistrust that was instilled in their brain for anything that was not in Mao's red book.

All of the above takes part in the first part of the book, until the author leaves China. The second part is her life in the US and France as a pianist trying to make a living. This is interesting too, but it is really another book.

This is her recording of the Goldberg variations, which inspired her book more than any other piece of music.

This is where to find the book:


Live recording of Goldberg's variations performed in Leipzig at St Thomas's church, the final resting place of J.S. Bach. The DVD also contains a 1-hour documentary on Zhu's lifelong relationship with music and her special relationship with Bach. She sees Bach as a very Buddhist thinker. The 30 variations begin and end with the same melody, and it is not by chance. (In any case, hardly anything is by chance in Bach's music.) She thinks Bach wanted to indicate that the end is a new beginning. It is Bach's Christian faith about the afterlife, but it is even more so the essence of Buddhist philosophy. It is a similar view to that taken in the book "Goedel Escher Bach", which referred to the musician's work in similar terms twenty years earlier than this recording.

Explicit and beautifully detailed, these works, produced between 1600 and 1900, have continued to influence manga, anime and Japanese tattoo art. The exhibition sheds new light on this taboo art form within Japanese social and cultural history. Parental guidance advised for visitors under 16.

You can buy the exhibition's catalogue here:


And here is a less expensive book:

You can watch a trailer of the exhibition here, and the curator's presentation here.

You can watch some videos here, here, here and here.
No comments:

Having been fired from her job at a PR company, Helen (Gwyneth Paltrow) runs to catch an underground train. Two storylines then unfold: in the first, Helen catches her train, meeting the charming James (John Hannah). Upon arriving home, Helen discovers her boyfriend Gerry (John Lynch) having an affair. She leaves Gerry and begins seeing James. Their relationship is placed in jeopardy, however, when Helen realizes that she is pregnant. In the second storyline, having missed her train Helen does not meet James and arrives home too late to catch Gerry. Gerry continues his affair with former girlfriend Lydia (Jeanne Tripplehorn), even when Helen becomes pregnant with his child.

Historians, economists and many others keep asking this question. Most of the time no one really has an answer. A good degree of serendipity in life is unavoidable. And yet in this film, in the end, man reaps what man saws. This seems to be the moral of the story here. So when something goes wrong don't whine about "what if" and try and build a future instead! It is a fun story, unpredictable and a very original debut behind the camera for the director. Acting is great. This is as good as a rom-com can get.