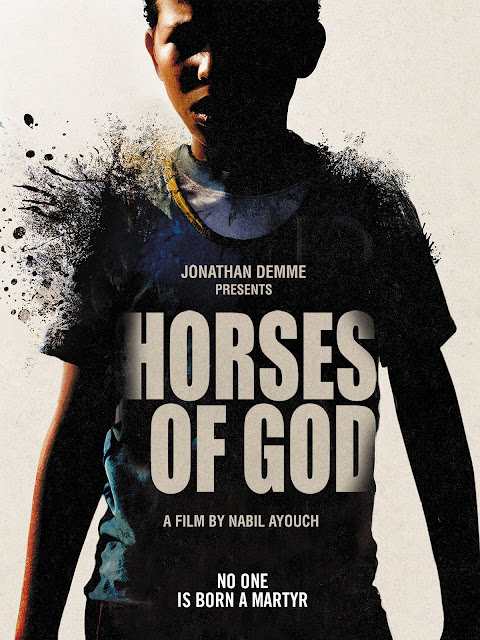 Synopsis
In Horses of God, Nabil Ayouch tells the story of two young soccer-loving friends, Yachine and Nabil, growing up under the fierce protection of Yachine's older brother, Hamid.
But in the sprawling slums of Sidi Moumen, not even Hamid can defend them against the harshness and injustice of the life that surrounds them. Fed up with that life, Hamid throws a rock at a police car and earns himself two years in prison. When he returns, an eerie calm masks his newfound zealotry, and his fundamentalist friends seem to exercise a powerful influence.
Inspired by the real-life 2003 terrorist attacks in Casablanca, Ayouch's film is a thoughtful and affecting inquiry into how ordinary people come to do desperate, unfathomable things. A major achievement by one of North Africa's most important filmmakers, the film was hugely successful both at Cannes and in its native Morocco and has won acclaim from public and critics alike.
Review
An instructive movie to try and begin to understand, at least in part, how extremism can take root when other values and points of reference are missing. In this case this is the story of Moroccan kids who become terrorists but it could have happened in many other countries, including Europe. One also gets an insight into other real problems in a Moroccan muslim shantytown, with poverty, male chauvinism and petty crime.
No comments:

Email ThisBlogThis!Share to TwitterShare to FacebookShare to Pinterest
Tags (click on a tag to read posts on same topic): FILMS, Islam, Morocco, terrorism 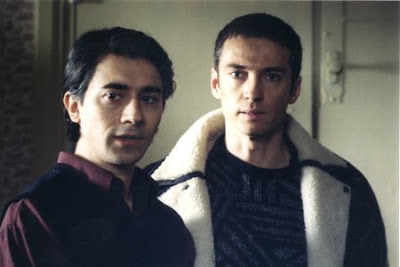 Raid On Entebbe tells the amazing true story of a daring mission by Israeli commandos to free hostages from a terrorist hijacking at Entebbe Airport in Uganda and is presented here in its full length version. In 1976 four militants hijacked an Air France plane, diverting it to Entebbe, their cause was to secure the release of militants in Israel and four other countries. They held the hostages captive for three days before releasing a large number, keeping 100 passengers who were Israelis or Jews on board. What followed has gone down in history as one of the most daring rescue operations ever mounted. Directed by Irvin Kershner this Golden Globe winning film grips to the very end. The stand out cast includes Peter Finch as Prime Minister Yitzhak Rabin, alongside Charles Bronson and Martin Balsam.

Today it's the fortieth anniversary of what was arguably the most successful rescue operation of modern times. Director Irvin Kershner (Never Say Never Again, Starwars V: The Empire Strikes Back)recreated the events leading to German members of the Baader-Meinhof group highjacking of the plane, the emotional international response and the daring operation. One is led, day by day, to re-live those dramatic days through the eyes of the Israeli leadership and the main members of the commando. Among the latter, Yonatan Netanyahu plays a central role.

What is missing, hence the four stars, is more information about the military planning and the formidable logistical obstacles that had to be overcome. I would have appreciated very much to know more about the planes used, refueling, the navigational problems, communication procedures etc. All of which are hinted at during the film but not well explained. Perhaps could this be because the film was made just a year after the events and much information was still classified?

Book Review: Against All Enemies: Inside America's War on Terror, by Richard Clarke, *****

Synopsis
Few political memoirs have made such a dramatic entrance as that by Richard A. Clarke. During the week of the initial publication of Against All Enemies, Clarke was featured on 60 Minutes, testified before the 9/11 commission, and touched off a raging controversy over how the presidential administration handled the threat of terrorism and the post-9/11 geopolitical landscape. Clarke, a veteran Washington insider who had advised presidents Reagan, George H.W. Bush, Clinton, and George W. Bush, dissects each man's approach to terrorism but levels the harshest criticism at the latter Bush and his advisors who, Clarke asserts, failed to take terrorism and Al-Qaeda seriously. Clarke details how, in light of mounting intelligence of the danger Al-Qaeda presented, his urgent requests to move terrorism up the list of priorities in the early days of the administration were met with apathy and procrastination and how, after the attacks took place, Bush and key figures such as Donald Rumsfeld, Paul Wolfowitz, and Dick Cheney turned their attention almost immediately to Iraq, a nation not involved in the attacks. Against All Enemies takes the reader inside the Beltway beginning with the Reagan administration, who failed to retaliate against the 1982 Beirut bombings, fueling the perception around the world that the United States was vulnerable to such attacks. Terrorism becomes a growing but largely ignored threat under the first President Bush, whom Clarke cites for his failure to eliminate Saddam Hussein, thereby necessitating a continued American presence in Saudi Arabia that further inflamed anti-American sentiment. Clinton, according to Clarke, understood the gravity of the situation and became increasingly obsessed with stopping Al-Qaeda. He had developed workable plans but was hamstrung by political infighting and the sex scandal that led to his impeachment. But Bush and his advisers, Clarke says, didn't get it before 9/11 and they didn't get it after, taking a unilateral approach that seemed destined to lead to more attacks on Americans and American interests around the world. Clarke's inside accounts of what happens in the corridors of power are fascinating and the book, written in a compelling, highly readable style, at times almost seems like a fiction thriller. But the threat of terrorism and the consequences of Bush's approach to it feel very sobering and very real. --John Moe for Amazon.com

You can read an English version of the article on which this book is based here.