Today is the twentieth anniversary of the death of Giorgio Perlasca. See his website in Italian. It is surprising to me that someone who, alone, has done so much for so many should still be relatively unknown, especially outside of Italy and perhaps Israel. Perlasca saved over five thousand Jews, far more that Schindler did with his "list" of Hollywood fame.


Unfortunately this film is not available in English.

Oswienczim, the Nazi Lager of Auschwitz 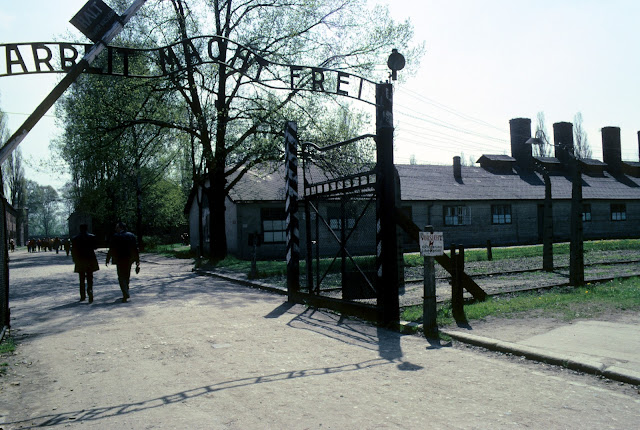 This morning must be the most heart rending day of my life so far, and probably for some time to come. The extermination camp of Auschwitz is now a museum and kept in pristine condition, and yet the atmosphere of death, the sinister smell and the vision of ghosts is there, inescapable for me to feel, if not to see. And the inescapable grotesque irony of the gate sign: "Arbeit macht frei", work makes you free. 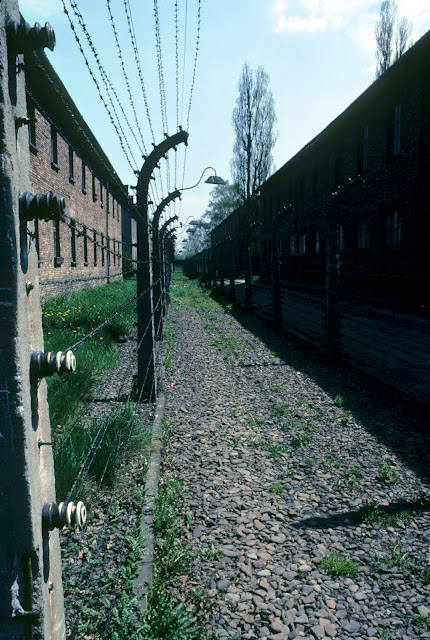 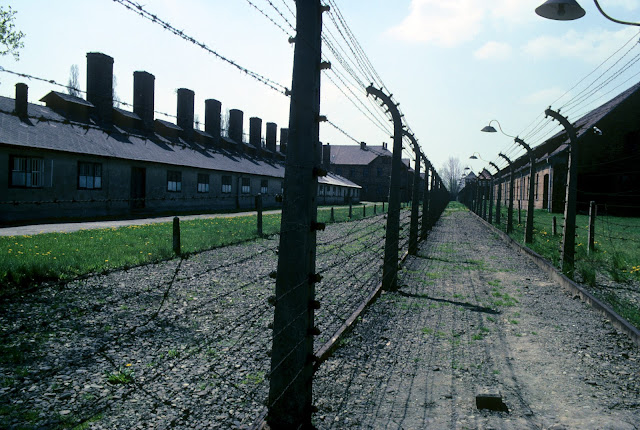 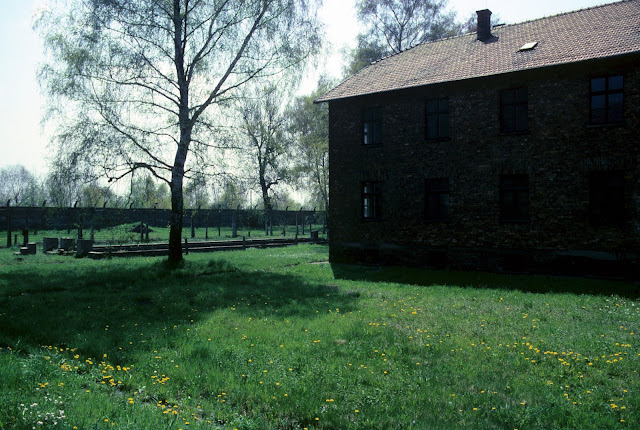 We have lunch at 4:30, we could just not get away from the museum and its sister camp of Birkenau, where more people died than at the more famous Auschwitz.

Afterwards a walk downtown to do a little shopping with Ann, but all stores close at 7 and we can't get much done.

It's been an exhausting day, emotionally if not physically, and the evening is spent in the hotel room, reading and writing this diary.

Quite a full Sunday that starts with a tour around town in the company of our new acquaintance Jurek.

We first visit the Lazenki park, a mix of green and classic buildings and fountains. The Chopin monument is a moving permanent exhibit here.

Afterwards we move downtown and witness the very martial change of the guard at the monument of the unknown soldier.

FInally we walk around the old Jewish ghetto. There is an enormous monument to the victims of the Nazi repression there. A few people labor on the public gardens, it's the so-called Sunday voluntary work instituted by the socialist regime to show people's solidarity to the common good. The look on their faces shows something less than unbridled enthusiasm however.

In the evening another dinner with Marian and Ewa, but this time they take us out to the Krokodyl restaurant, one of the best in the old town. Another superb meal in Warsaw, repleated with red meat and good wines. I do feel a bit guilty about being able to splurge like this in the face of widespread penury meat in the city. But not enough to give it up! And it would not help anyone to give it up anyway.
Posted by Marco Carnovale No comments: