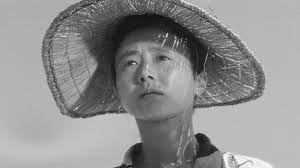 Filmed on the virtually deserted Setonaikai archipelago in south-east Japan, Naked Island was made in the words of its director "as a 'cinematic poem' to try and capture the life of human beings struggling like ants against the forces of nature". Kaneto Shindo, director of Onibaba (MoC #13) and Kuroneko (MoC #14), made the film with his own production company, Kindaï Eiga Kyokai, who were facing financial ruin at the time. Using one-tenth of the average budget, Shindo took one last impassioned risk to make this film. With his small crew, they relocated to an inn on the island of Mihari where, for two months in early 1964, they would make what they considered to be their last film.

Naked Island tells the story of a small family unit and their subsistence as the only inhabitants of an arid, sun-baked island. Daily chores, captured as a series of cyclical events, result in a hypnotizing, moving, and beautiful film harkening back to the silent era. With hardly any dialogue, Shindo combines the stark 'Scope cinematography of Kiyoshi Kuroda with the memorable score of his constant collaborator Hikaru Hayashi, to make a unique cinematic document.

Shindo, who had worked with both Kenji Mizoguchi and Kon Ichikawa, shot to international fame with the astounding Children of Hiroshima (1952). Eight years later, the BAFTA-nominated Naked Island won the Grand Prix at Moscow International Film Festival (where Luchino Visconti was a jury member). It is now considered to be one of Shindo's major works, and its success saved his film company from bankruptcy. The experience of making Naked Island led Shindo to appreciate 'collective film production', and has been his preferred method of making films ever since. The Masters of Cinema Series is proud to release Naked Island for the first time on home video in the UK.

A strange film in many ways: itis not a silent movie but all you hear is background noises and the desperate cry of a woman when she loses her son. Few other words are uttered in the film. The story of a couple and their two sons on an island off the coast of Japan in the immediate post-war years. They have to row their way to the mainland several times a day to fetch fresh water, take the kids to school, buy necessities. 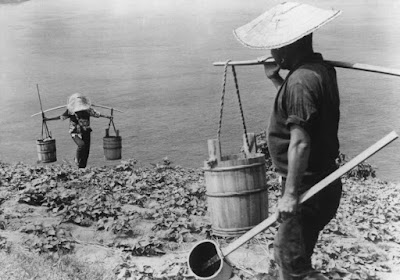 It is a very repetitive film, with scenes of rowing and carrying buckets of water displayed over and over again, but in a way I think it has to be to depict such a lifestyle. Imagine how repetitive it must have been for real people who had to suffer through this. Having said that, it is perhaps a bit too repetitive!

Beautiful photography in black and white.

Email ThisBlogThis!Share to TwitterShare to FacebookShare to Pinterest
Tags (click on a tag to read posts on same topic): FILMS, Japan, lifestyle 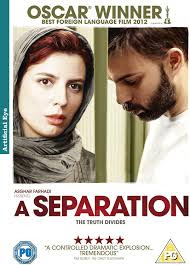 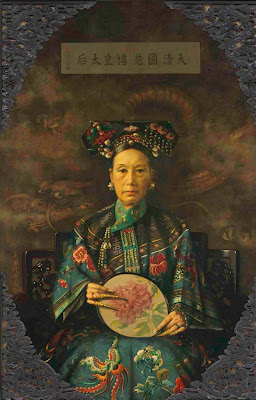