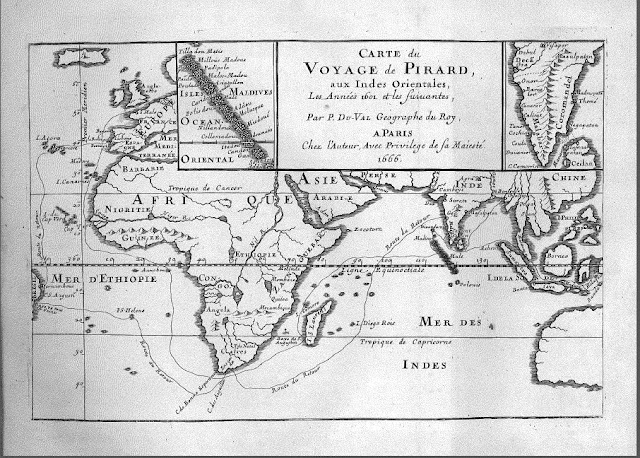 The publications of the Hakluyt Society (founded in 1846) made available edited early accounts of exploration. The first series, which ran from 1847 to 1899, consists of 100 books containing published or previously unpublished works by authors from Christopher Columbus to Sir Francis Drake, and covering voyages to the New World, to China and Japan, to Russia and to Africa and India. Shipwrecked on the Maldives in 1602–1607, Pyrard de Laval learnt the local language and studied the culture, flora and fauna of the islands. On his escape to Goa he continued his cultural investigations in Portuguese India, before returning to France by way of Saint Helena and Brazil in 1611. His book, which included practical advice for French traders travelling to Asia and a phrase book for visitors to the Maldives, was an immediate success. This three-volume translation of the 1619 edition appeared in 1887–1890.

Very useful reference by the French traveler, recently reprinted in its English translation by A. Gray. Detailed historical accounts of the islands, and lots of information on the people, fauna and flora. Obviously dated, but it remains one of the few books to cover the Maldives' ancient history up to the XVII century.