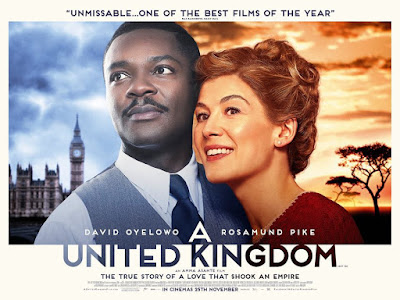 From director Amma Asante, starring David Oyelowo (Selma) and Rosamund Pike and set against the breath-taking backdrops of the African savannah and period London, A United Kingdom celebrates the inspiring real-life romance of Seretse Khama, King of Bechuanaland (modern Botswana), and Ruth Williams, the London office worker he married in 1948 in the face of fierce opposition from their families and the British and South African governments.

A historical narrative of one sad page of the decline and fall of the British Empire after WW II. There are two levels to the story: a personal tale of love and a non-fiction account of the birth of a new African country.

Churchill is depicted for what he was: an anti-democratic imperialist, who would go back on his promises to try and salvage the decomposing British empire. But the prejudice of blacks against whites is displayed as well at length.

In the face of all these difficulties, it was a remarkable feat for the young leader to pull off a national reconciliation that would make Botswana a unique success story in post-colonial Africa. One of very few examples where the leaders who took over power from the colonial rulers actually improved their nation's lot and did not squander national resources for personal gain.

Email ThisBlogThis!Share to TwitterShare to FacebookShare to Pinterest
Location: Botswana 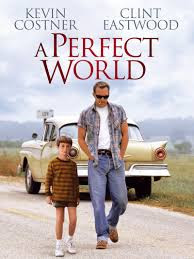 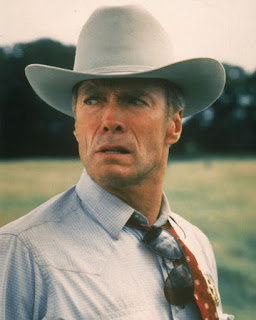 Buy other movies by Clint Eastwood here.
Posted by Marco Carnovale No comments:

A Traveller's History of South Africa is intended as a comprehensive single volume survey of one of today's most popular and exciting destinations. Lifting the lid on this most multi-cultural of societies - and its chequered past - the book will begin by tracing the evolution of South Africa from prehistoric times, taking into account the most recent archaeological and anthropological findings. It will then chart the penetration of the region by European explorers and traders; the political, social and economic developments that follow on from this, and finally, the complicated descent into state repression of the majority black population after the Second World War. Bringing the story up to date, the book will also include practical information for the visitor, as well as a full compendium of historical facts and data.

Well written brief history of South Africa, will be a friendly companion to travelers there and will help appreciate the country better than a guide book.

Racial issues of course are prominent in this book, and the white vs black juxtaposition is described in a wealth of details. But the history of South Africa is one of parallel struggles amongst the white colonizers, one the one hand, and among indigenous Africans, on the other. English and Dutch settles (less the French) fought each other as much as Zulu fought Xhosa.

Interesting to learn that the NNC (forerunner of the ANC) supported segregation because it saw it as a way to acquire power over African tribal rulers. Yet, as Mandela put it, segregation developed over time to become " the codification inone oppressive system that was monolithic, diabolical in detail, inescapable in reach and overwhelming it power".

See other books and films about South Africa I reviewed in this blog. 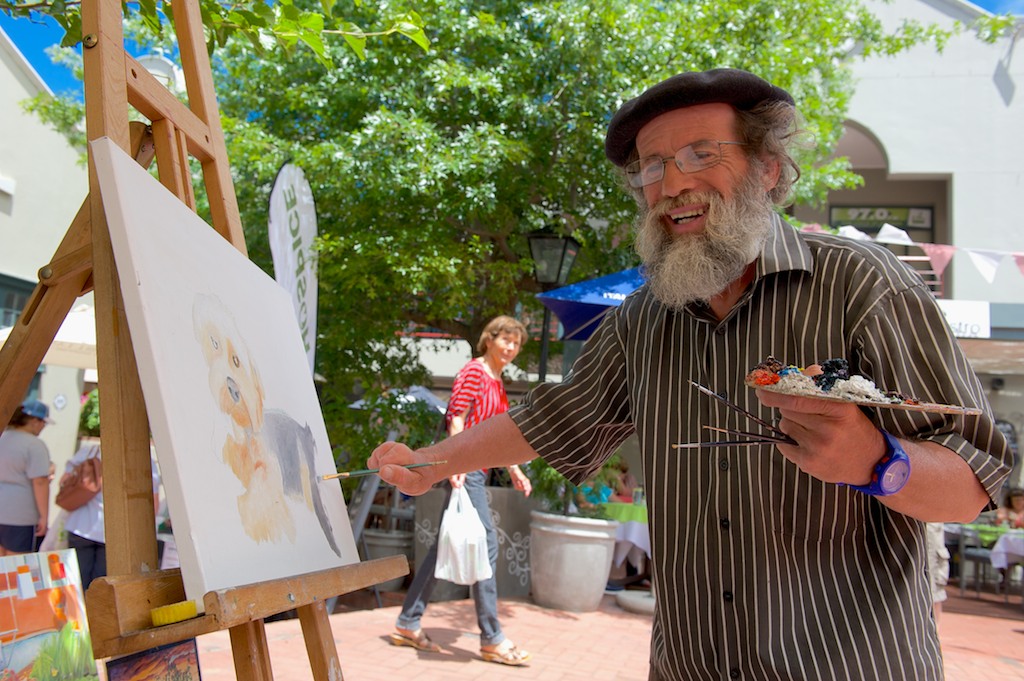 Afternoon back to golf practice. Trying to the the ball into a more or less straight trajectory toward some flags planted at varying distances into a huge field. I aim at the 50 and 75 meters flags, with mixed results, but who cares? Mike, Yan and I have a fun and relaxing time while the sun gently sets behind us. 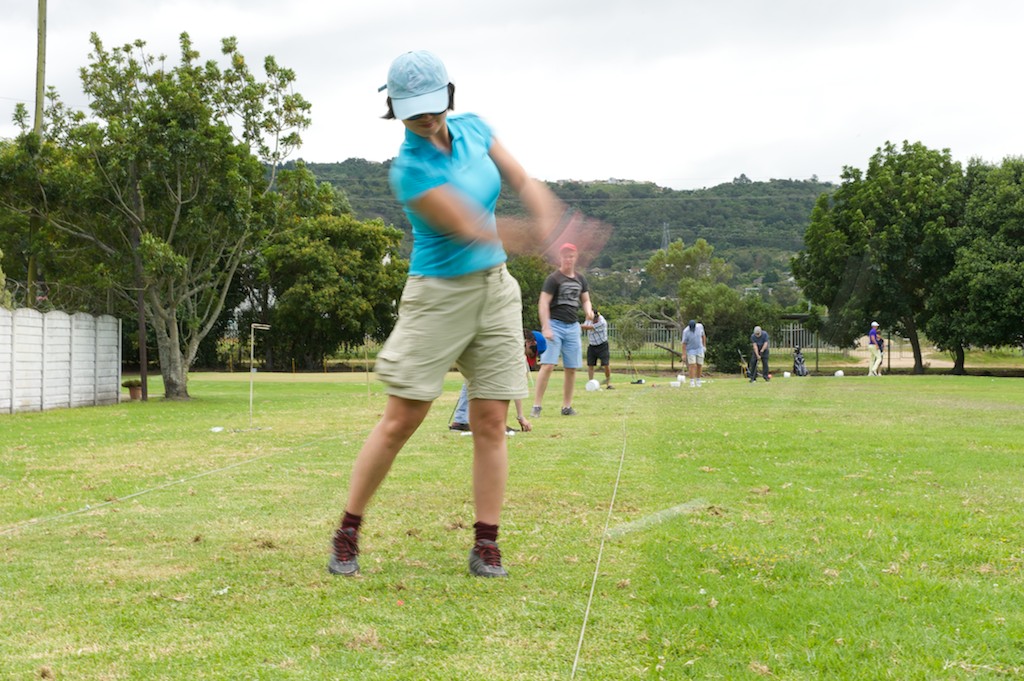 Dinner with local friends at Cafe Mario by the Waterfront. There are no black or colored patrons. My local friends say it's normal because blacks like different food and each of the peoples of South Africa keep to the company of their own kind. Just like Germans and Italians. Well, maybe. It is true, when I live abroad I tend to have more Italian friends than others. But here other considerations come into play: safety, a backlog of racial hatred that has not yet been completely overcome.

The answer I get today is that they did not know much of what was going on during apartheid because no tv until 1980s and a strong censorship prevented news from spreading even within the country and even among rich whites. It is true that tere was no TV in South Africa until very late, 1976 to be precise, and then only one channel was available and it was strictly controlled by the government.

And yet I find it hard to believe they did not know, there was so much noise around the world, they certainly know of Archbishop Tutu winning the Nobel peace prize in 1984 for his anti-apartheid activities. I come out of this conversation with a belief that while most whites were, and are, honestly open and not racist, they acquiesced with apartheid at least, and feared change.

Be that as it may, the restaurant serves very good, real Italian, ossobuco, the best I can remember having outside my beloved peninsula! Italy is well known here for the food, of course, but not for much else. My friends are an exception: they are highly sophisticated lovers of the arts and know Rome as well as any bona fide cives romanus.

No one however remembers another Italian who made South Africa known around the world in the 1970s: Marcello Fiasconaro who almost accidentally broke the world record for the 800 meters wearing the blue Italian shirt with a tricolor in the middle. The world record was gone three eyars later but the Italian record still stands forty years later and counting...

Back home, just after midnight, Mike pops a bottle of bubbles. It is now 17 December and it is officially the day of my 54th birthday.
Posted by Marco Carnovale No comments: