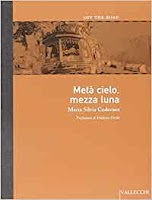 Synopsis
Due to prolonged war and internal strife, Afghanistan has been devastated. The justice, health, education, welfare, communications and transport systems have suffered badly. The harvesting of poppies and the increase in the drug trade is now a major problem. Afghanistan is responsible for more than 85% of the world’s opium. UNODC (UN Office on Drugs and Crime) believes that although the systems are being implemented to tackle the problem, the production of opium is on the rise. The drugs trade is a major source of income and enables the Taliban, warlords and drug barons to maintain control of large parts of the country. As the most profitable cash crop, it also benefits poor farmers, and until there are viable alternatives, the poppies will continue to flourish. The confluence of myriad forces including the ongoing insurgency by the Taliban, the ubiquitous drug trade and a still-weak central government continue to hamper efforts at reconstruction and development. Today, the Afghan people are embarking on yet another long and arduous journey - this time on the road to recovery. Will they succeed ?

You can view this documentary on Youtube, thanks to the kind permission of the authors. See Part 1/2 here: