My book on the Maldives is available in English! "Journeys through the Maldives" by Marco Carnovale

Tales from the many trips to the Maldives of the author. Avoiding the tourist resorts, he visited remote villages, where tradition is combined with innovation and technology, meeting local people and trying to understand their culture. Always island hopping by boat, he went from postcard perfect uninhabited islands and through the streets of the bustling capital Malé, in its hidden corners often overlooked by tourism. In dozens of dives, he witnessed the richness of wildlife and the sparkling colors of these seas.

But the islands are facing rapid changes and serious problems, and they are not always the paradise they seem. The Maldives are at a turning point, with political, economic and environmental changes that pose difficult challenges to the government and to the nation.

The book is completed by an analytical index, a chronology of the Maldivian history, a bibliography and some black and white photographs.

Available on all Amazon websites.

In Italy buy it here

In France, Belgium and Switzerland buy it here

In Canada buy it here

The Maldives is a small and beautiful archipelago south of India, more renowned for luxury resorts than experiments in democracy. It is a country of contradictions, where tourists sip cocktails on the beach while on nearby islands local women are flogged for extramarital sex and blackmarket vodka costs $140 a bottle. Until 2008 the Maldives also hosted Asia's longest-serving dictator, Maumoon Abdul Gayoom. A former political prisoner, Mohamed Nasheed, an environmental activist, journalist, and politician, brought Gayoom's thirty-year autocracy to a sudden end, in the Maldives' first democratic elections.

Young, progressive and charismatic, President Nasheed thrust the Maldives into the spotlight as a symbol of the fight against climate change and the struggle for democracy and human rights in one of the world's strictest Islamic societies. But dictatorships are hard to defeat, enduring in a country's institutions and the minds of people conditioned to autocracy over three decades. Democracy brought turmoil, protests, violence and intense political polarisation.The ousted dictatorship overthrew Nasheed's government in February 2012, supported by Islamic radicals and mutinying security forces. Amid Byzantine intrigue, the fight for democracy was just beginning. (Amazon)

It is unusual for a book entirely dedicated to the Maldives to come out, and here it is from an English journalist who lived and worked there for four years. The book is a compendium of his time there. It touches upon many aspects of Maldivian life, with special attention to the political dimension. Loads of facts and footnotes but also some opinions and evaluations. The book is written loosely in chronological manner, and it ends with the author's departure in 2013.

The general approach is typically English, ie detached. John J gets to know a lot about the Maldives but one does not get the impression he ever fell in love with the country, or was emotionally involved with it at all. But that is not a criticism, in fact perhaps it is a good thing in a journalist!

What the book lacks is a more critical organization of the issues, but perhaps as a journalistic chronicle it was never intended to delve in political analysis. Still, you will find more raw material for political analysis her than in any other book I know of that has been written on this country in the last decades.

I recommend reading this book to understand more about a country known mostly for its resorts. 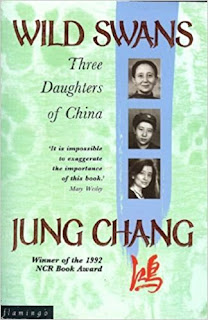