First stop of the day is at the penguins colony of Boulders Park. Home of the small endemic South African penguin. A small animal, not really much bigger than a large chicken or perhaps a small turkey. It's a chilly and windy day, and thousands of them huddle together to share body heat. It's a curious and intriguing sight, if not really an awsome one. But worth a brief stopover on the way to the Cape. 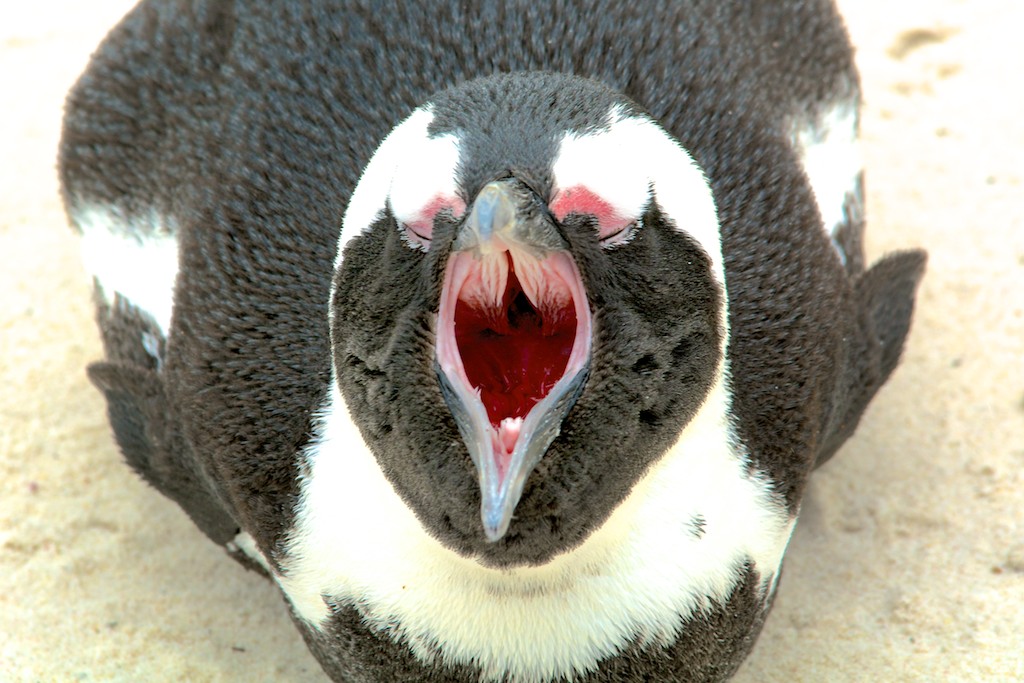 Ours ends up not being so brief actually, because our bus has broken down again. This time it is apparently a problem with the electric system, and Petrus has called headquarters to try and summon a mechanic.

Things are sorted out by the early afternoon and we drive without further inconvenience to the Cape of Good Hope, which we reach by four o'clock or so. Petrus idles the bus at the bottom of the long stairway that leads from the parking lot to the rock that Bartolomeu Dias doubled from west to east in 1488, undoubtedly with great anxiety and for the uncertain waters that opened in front of him.

He must have had lots of hope to keep going against all odds, but it was not him who called this rock "Good Hope". Rather it was King John II of Portugal who did, as beyond the Cape lied his hopes to reach India, and history would prove him right. To Bartolomeu this was just the "Cape of Storms", and just looking out into the blue today it is not hard to imagine why.

It it really very very windy, it is even hard to take pictures as I must hold on to my hat with both hands to prevent it from flying off to Anctartica.


Evening at Cape Town, dinner at a pub by the Waterfront. Very English, dark wood paneling and fish and chips.
Posted by Marco Carnovale