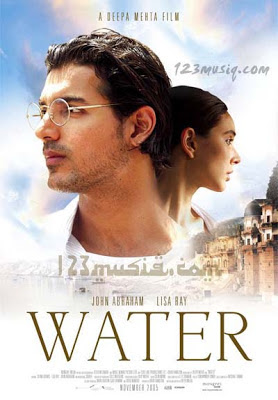 Set against the epic backdrop of the River Ganges in 1938 during Mahatma Gandhi's rise to power, this is the inspiring tale of an eight year old Hindu girl named Chuyia. Chuyia's life is suddenly changed when she is widowed and sent to a home where Hindu widows must live in penitence. She refuses to accept her fate and her feisty presence begins to affect the lives of other residents, including a beautiful young widow, Kalyani (Lisa Ray of Bollywood/Hollywood) who has fallen in love with Ghandian idealist, Narayan (Bollywood star John Abraham).

Extremist groups waged a campaign of death threats, arson and riots to stop the production of this controversial film, but director Deepa Mehta would not be silenced. Set against Gandhi's rise to power, Water tells the profoundly moving story of Chuyia, an Indian girl married and widowed at eight years old, who is sent away to a home where Hindu widows must live in penitence. Chuyia's feisty presence deeply affects the other residents, forcing each to confront their faith and society's prejudices.

This is an incredibly sensitive and perceptive film about widows in India. The movie highlights the centuries-old plight of widows in India. While the practice of burning them with their husband's body has disappeared, widows continue to endure emargination and discrimination. Acting is great and the realism of the film adds to the urgency of the problem it highlights. While things are by all accounts improving as India becomes more educated and secular, the issue remains a tragic reminder of the abuses of tradition.

You can watch a short documentary of widows in Vrindaban.

A good review of the film appeared in the Washington Post.

I visited am ashram of widows in 2002 in Vrindavan and wrote about it in this blog.