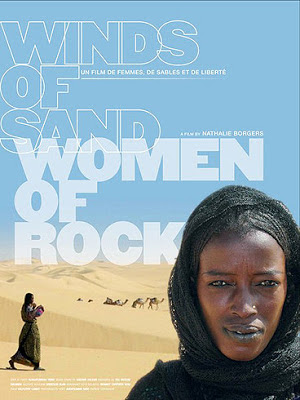 Amina is preparing to leave with the date caravan. Every year, she and many other Toubou women make this 1500 km journey from Agadez to Bilma, across Niger's Sahara, despite the danger, the heat (50°C) and the sandstorms.

For these nomadic women, the journey is the key to their economic independence: they sell their goats and bring back dates, and with the income from the sale of the dates, a family can live for a year. But Amina, a rebellious 26-year old, has had enough of this long trip. En route, she finds a friend in Mariama and, far from the men, the two young girls share their dreams of a modern, independent life. When they reach their destination, they try to put their plans into action. But Domagali is weary of joining them, and longs to go back to the Sahara, where the grass is free.

The Sahara desert can be unforgiving but it is the women of the Toubou who challenge the elements and walk three weeks to the markets in Bilma. From time immemorable this journey has been repeated without fail, each year.

Now times are changing. The Chinese have come to prospect the region for oil, which promises to bring both wealth and radical changes in the way of life. Television allows previously isolated people to see the world. The telephone (even sat phones are available!) allows for long distance communication between friends and relatives who would otherwise lose touch for months on end. Motor cars and trucks open new horizons to the tribes of the Sahara.

Three women live the journey they share in very different ways. Domagali sees it as a necessary burden, something that always was, and always should be. She wants to go back to the Sahara, she does not want change.

Amina has had enough. She wants this trip to be a jumping board toward her dream to open a perfume shop. She wants to live in a city house where she could start a gas stove with the simple flip of a knob, as opposed to gathering wood and starting a fire every time she wants some tea.

Mariana is a young childless widow. She had been kidnapped in her teens according to tradition by her husband's family and never had a chance to decide anything in her life. She is now determined to make a life for herself. She would like to become a nurse and needs to improve her education in the city.

My take is that this film conveys a positive hope: the world is changing and technology gives Toubou women in the Sahara a wider choice about their future than they ever had before. It would not make sense to prevent change to preserve a harsh and unfair tradition.

Excellent film, halfway between a documentary and a narrative fiction. The cast is the real Toubou women and the journey is real, except this time they are followed by Nathalie and the four jeeps of the filming crew. Interesting bonus about the "making of" this film.

The film was produced by Entre Chien et Loup

You can buy the DVD of this film by contacting the producers. Available with English subtitles. 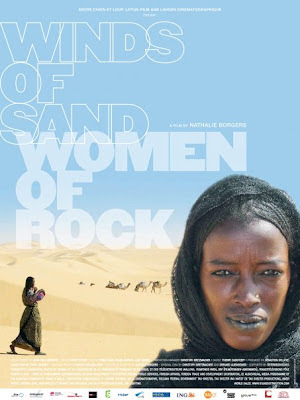