Driving back through Yugoslavia and on to Italy

Left Balaton lake at 10.00am. It would have been nice to spend more time here, after four intense months, and relax a bit, take in the cool atmosphere and sip Hungarian wine, by far the best that is coming from the brotherhood of socialist countries. (Georgians might disagree, and I must admit I don't know Georgian wine much.) Much better than the Crimean "champagne" we had in the USSR. 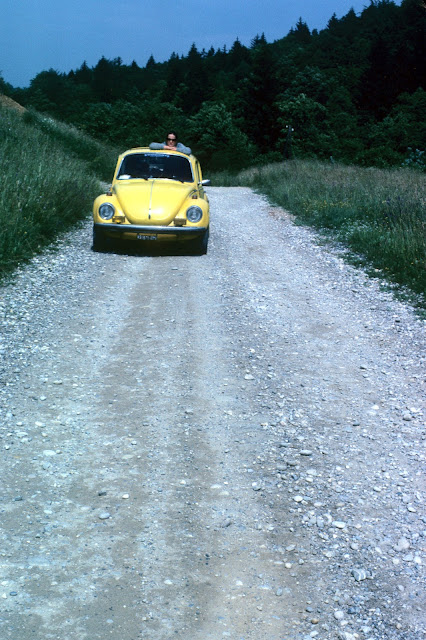 The road is just OK and we proceed slowly toward Yugoslavia. No problem with this border. Two socialist countries, in theory ideological siblings. In practice, Yugoslavia has long been pursuing its own version of socialism, quite open to the West and relatively more relaxed at home.

Surprisingly, the roads in Yugoslavia are worse than in Hungary or Poland. At least the ones we drive on today. Once we reach Nova Gorica, the Yugoslav half of Gorizia, I pull into a service station to fill up Giallina. Gasoline is much cheaper here that in Italy. The man at the pump speaks Italian and says he only agrees to sell us fuel because he sees Giallina has a Roman plate. He refuses to sell to Italians from Trieste and Gorizia, who just cross the border to take advantage of subsidized fuel. Border inhabitants of both Italy and Yugoslavia can go shopping in each other's country fairly easily, and while Yugoslavs go to Italy to buy what they can't find at home, Italians hop beyond the border to buy cheap subsidized staples, fuel first of all.

We reach Mestre at about 9:00pm and get a couple of rooms at the "Garibaldi" hotel. Then out for pizza. Nice to be back in Italy, I enjoy hearing Italian and soaking the warm air, though everything now seems soooo expensive! A pizza here is more expensive than a gourmet fine dining experience in Warsaw!
Posted by Marco Carnovale