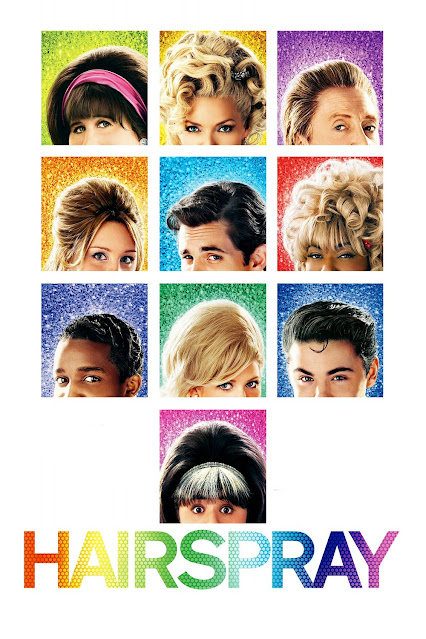 Musical comedy starring John Travolta and Michelle Pfeiffer. Tracy Turnblad (Nikki Blonsky) is an overweight teenager with all the right moves who is obsessed with the Corny Collins Show.

Every day after school, she and her best friend Penny (Amanda Bynes) run home to watch the show and drool over the hot Link Larkin (Zac Efron), much to Tracy's mother Edna's (Travolta) dismay.

After one of the stars of the show leaves, Corny Collins holds auditions to see who will be the next person on the Corny Collins show. With the help of her friend Seaweed (Elijah Kelly), Tracy makes it on the show, angering the evil dance queen Amber Von Tussle (Brittany Snow) and her mother Velma (Pfeiffer). Tracy then decides that it's not fair that the black kids can only dance on the Corny Collins Show once a month, and with the help of Seaweed, Link, Penny, Motormouth Maybelle (Queen Latifah), her father (Christopher Walken) and Edna, she decides to take action.

A fun and instructive move about racism in America just as the Civil Rights movement was taking off and how it permeated daily life and culture, including music. In the end it is a feel-good movie about positive change. Funny to see John Travolta playing a woman!

Email ThisBlogThis!Share to TwitterShare to FacebookShare to Pinterest
Tags (click on a tag to read posts on same topic): FILMS, music, racism, USA