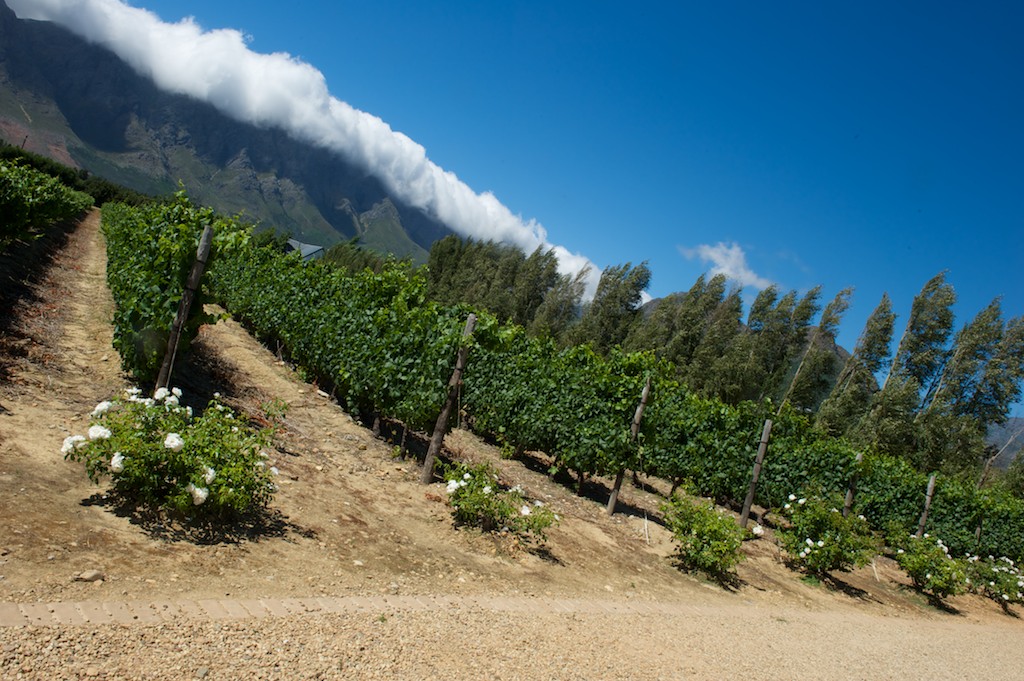 I decide to take an easy day of rest at the B and B. Good breakfast in the yard next to my room. Again Italian music is playing softly in the background, though this time it's more opera and less 1950s.

Around noon I take a long walk with a coffee flavored toscanello cigar around the vineyards. It is sunny and 26 °C. An ideal day for meditation, rest, reading, backing up hard drives full of pictures and uploading some stuff online to share news with friends and family. Unfortunately there is no wifi in my room (I've become accustomed to take it for granted, just as hot water) but my MTN data plan works like a charm and I am connected to the world.

A plaque outside my room informs that Auberge Clermont was inaugurated in 1997, 140 years after founding of the current farm in 1857. But the roots of the Auberge go back at least another century and a half before that.

It was in 1694 that Abraham de Villiers received title to the land from the Dutch authorities and founded the farm he called "Champagne". Like many other properties in the region it has a French name, so chosen by nostalgic Huguenots to remind themselves of faraway France, their homeland they were never to see again. The farm morphed repeatedly over the following decades until it reached the current mix of vineyard and upmarket B and B.
Posted by Marco Carnovale