map of our cruise on the yangtse, click here to view in full size 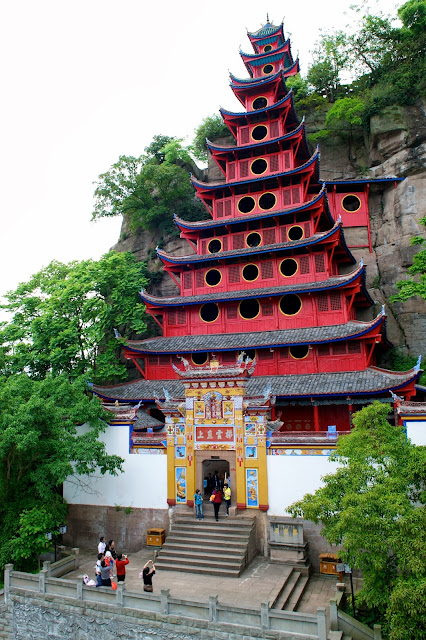 Peaceful day of cruising down the river. The most meaningful part of the day is our visit to Shibaozhai (Stone Treasure Fortress) located in Zhong County, at the south bank of the Yangtze River, 52 km away from Wanxian, it was first built in Qing Dynasty in 1750, with a height of 56 meters.

The original village has been inundated after the completion of the Three Gorges Dam, and all inhabitants have been moved to a brand new village 56 meters higher on the nearby hill. I can’t comment on the old village, but people here say it was pretty poor, no sanitation, damp wooden houses and gardens by the waterline that were flooded every rainy season. Now I can see brick apartment buildings with electric power and sewage systems. Of course there will be those who will regret the romantic old ways, but to me this is a net improvement of huge proportions. 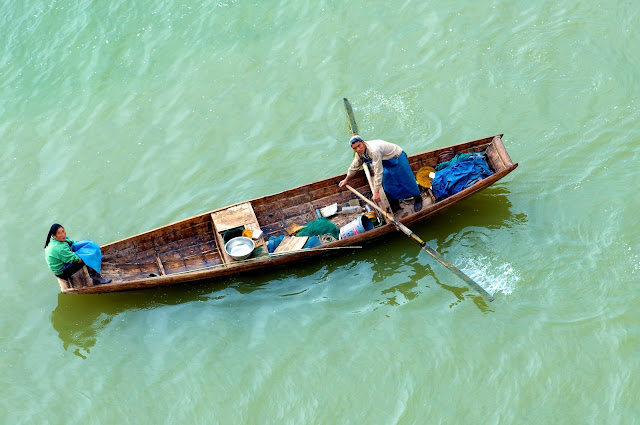 Late at night I talk to Li about our day and we sip baijiu on the balcony of my cabin. As we look out to the river, several towns and a couple of large cities pass by, she is not even sure of their names, but they count millions of people. Row after row of brightly lit skyscrapers stick out against the black moonless night. I can't but be impressed by the achievements of China. 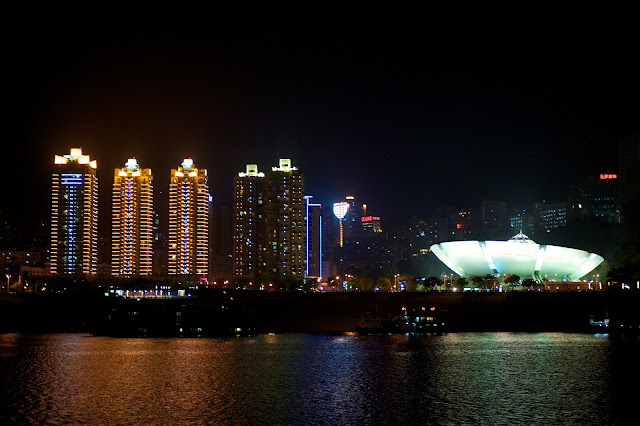