Morning to the Western Mountains, it’s May 1st, officially Workers' Day in China, so EVERYONE is out enjoying the sunshine and the city parks. There are so many Chinese tourists, and not a few foreigners, that it is literally difficult to move around in the park.

Hundreds of souvenir stands line up the walk from the parking lot to the site, and with tons of junk I spot a few nostalgic items, like Mao’s little red book, sold here in countless versions and many languages. I have already a few copies at home from my last trip, so I pass, and anyway prices are going up for the real ones, printed when Mao was alive. I suppose they must be getting scarcer, even though billions must have been printed during the Cultural Revolution.

Interesting talk with our guide Xu. He says Kunming is becoming a sought after destination for retirement: good climate (between 15 and 30° C year round, they don’t use much either heating or A/C), less crowded than the big cities of the coast, lower prices. Lots of effort to clean up the air, many scooters are now electric, cost about 400 euros and 5-6 euros per month in recharges. There is fresh fruits available year round, the red earth is rich and fertile, also lots of tobacco as cash crop. Quite a few from the West are moving here as well, he says, though that is more surprising to me.

I see a lot of police around, Xu says it’s because of drugs, we are near the “golden triangle” here and there is smugglers coming in from Burma.

Short visit to old downtown Kunming, just a street or two with a few old buildings and a live pet market that are included in all the tourist itineraries. Nothing much at all. Kunming is a new, vibrant and growing city, pretty impressive.

I am irritated by some of the comments of my companions who express regret that the good old times are gone, when homes in China were made of wood, there was no electricity, no cars, no plumbing... the usual litany of "it was better when it was worse".

More interestingly, I meet a couple of friendly old ladies, it is very hard to understand each other but they speak a few words of English and make it a point to underline to me that they are christians. They can say so more or less openly now, but remember well the times when they feared for their lives... 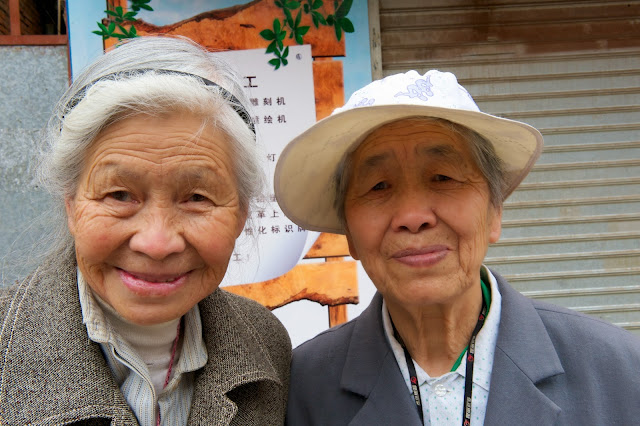