Get up at the crack of dawn (well almost, it must have been 6:30am) for a quick (wood fire heated) shower in the open, an instant coffee and an early morning walking safari in the hills around our tents. Justin is there as promised and so is the Washington couple we met yesterday.

We start slowly and enjoy the cool early morning air but no animals in sight. The Washington lady jogs around and gets way ahead of the rest of us but suddenly grinds to a halt when in sight of the two huge mammals. Rhinos! Two big white rhinos, buth sadly dehorned by poachers in May 2013. 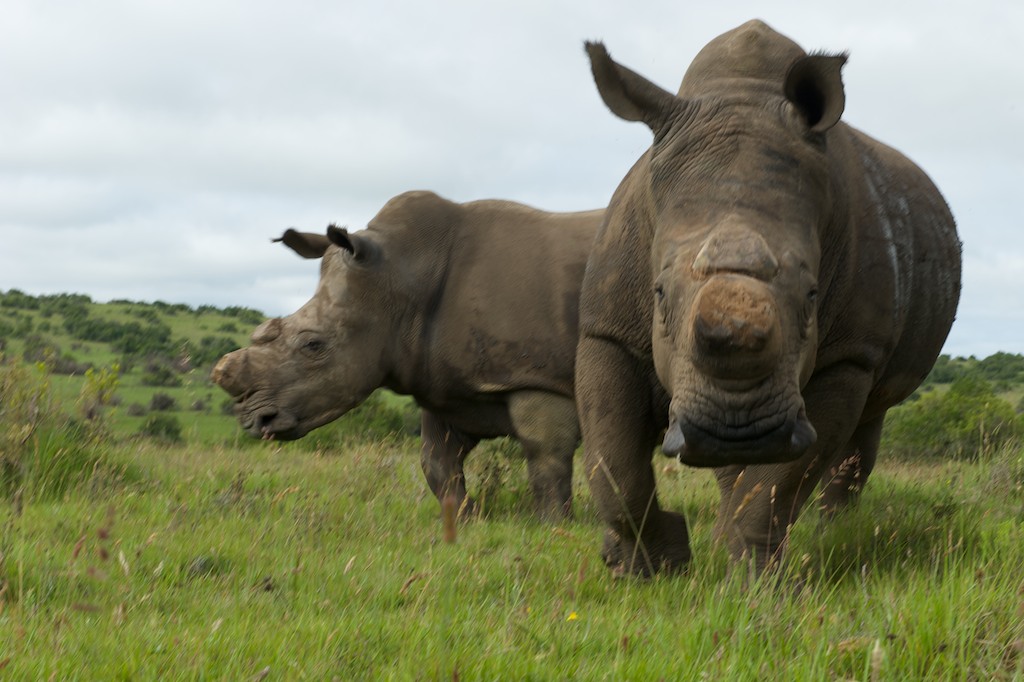 We can get very close. Maybe a bit too close when Justin tells me to freeze as I drop to the ground to photograph from down up and one rhino puts its big lips on the ground within two meters from the tip of my lens. Great pictures though!

After breakfast we drive to Lenmore, a restaurant not far and our meeting point with Walter, from elephant back ride safari. Yan insisted on doing this and while I was initially a bit reluctant as we have a lot of driving today and lots to see on the way, she was right as this turned out to be a unique experience.

From Lenmore it is a long drive, over one hour on a highway then 45 minutes of a dirt road with potholes the size of bomb craters. We are pretty shattered when we get to the reserve but thrilled with anticipation. 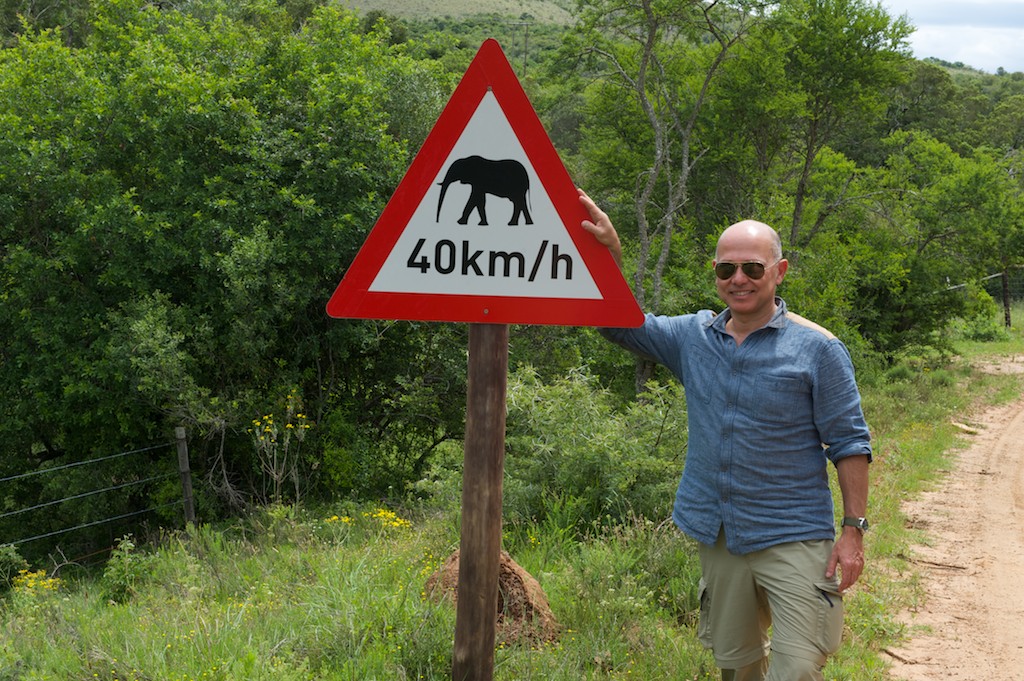 Walter tells us he used to work here but then changed jobs to driver because too remote wants to be with family. Proudly show his name and number still on gate. He now takes cigarettes and other stuff to the staff at the camp who don't see civilization for weeks on end.

There are three elephants, and they always go together even if there are no clients. We rent two elephants and the third just follows... We start a bit late: while the elephants are tamed, they are free to roam around and to gather them for the tourist ride is not always a five minute affair. 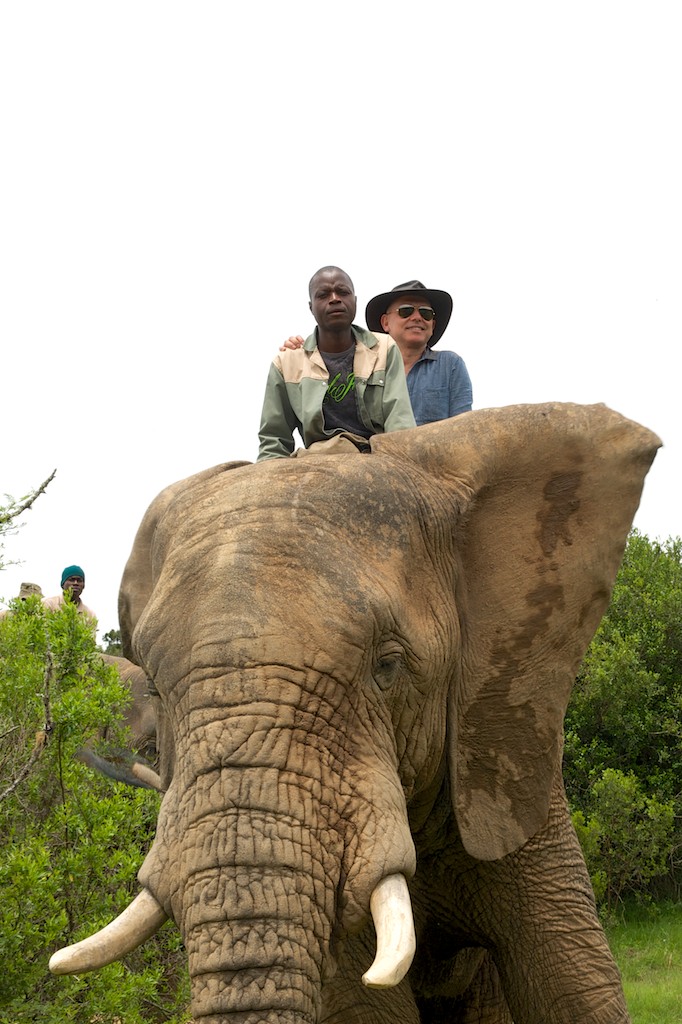 It's a lot of fun to ride them, and it is as natural as it gets: no saddles or seats, just our bums on their bare back. Walter smiles when we say we'd like to ride longer than the standard half an hour: "You'll bruise your behind raw!" After 45 minutes we realize he was right, but it was worth it!

At the end of our ride we get a tasty lunch by a small lake, and then all start our way back over the bomb craters to Lenmore and our car.

Time to drive to Knysna, which we reach after an easy five hour drive on the N2, the long coastal road that runs along South Africa's maritime regions.

Dinner is at the Golf club with Mike, a German friend of mine who used to be my neighbor in Belgium. Rather an ex German I should say: he moved to Italy from his native country when he was very young, married Carla, a bright and beautiful Italian lady he met at work, and lived and worked around the world ever since. Ten years ago he retired and they decided to abolish Fall and Winter from their vocabulary: May to October in Italy, and November to April in South Africa, where of course the seasons are inverted. Carla sadly passed away a few years ago but Mike keeps his seasonal hybernation routine.

There is a birthday party going on and the main dining room is taken. Crowds of all-white friends singing South Africa's national anthem. I am especially struck by their singing the rifst lines in Xhosa: Nkosi sikelele Afrika... A song full of meaning, especially when sung by whites. The new South Africa.

No fear: we get table in the main hall, between the kitchen and the bar. Delicions seafood, nice full bodied Chardonnay from the Cape (beer for Mike) and a very forgiving check. The strong Euro buys a pretty good time in South Africa this year.
Posted by Marco Carnovale