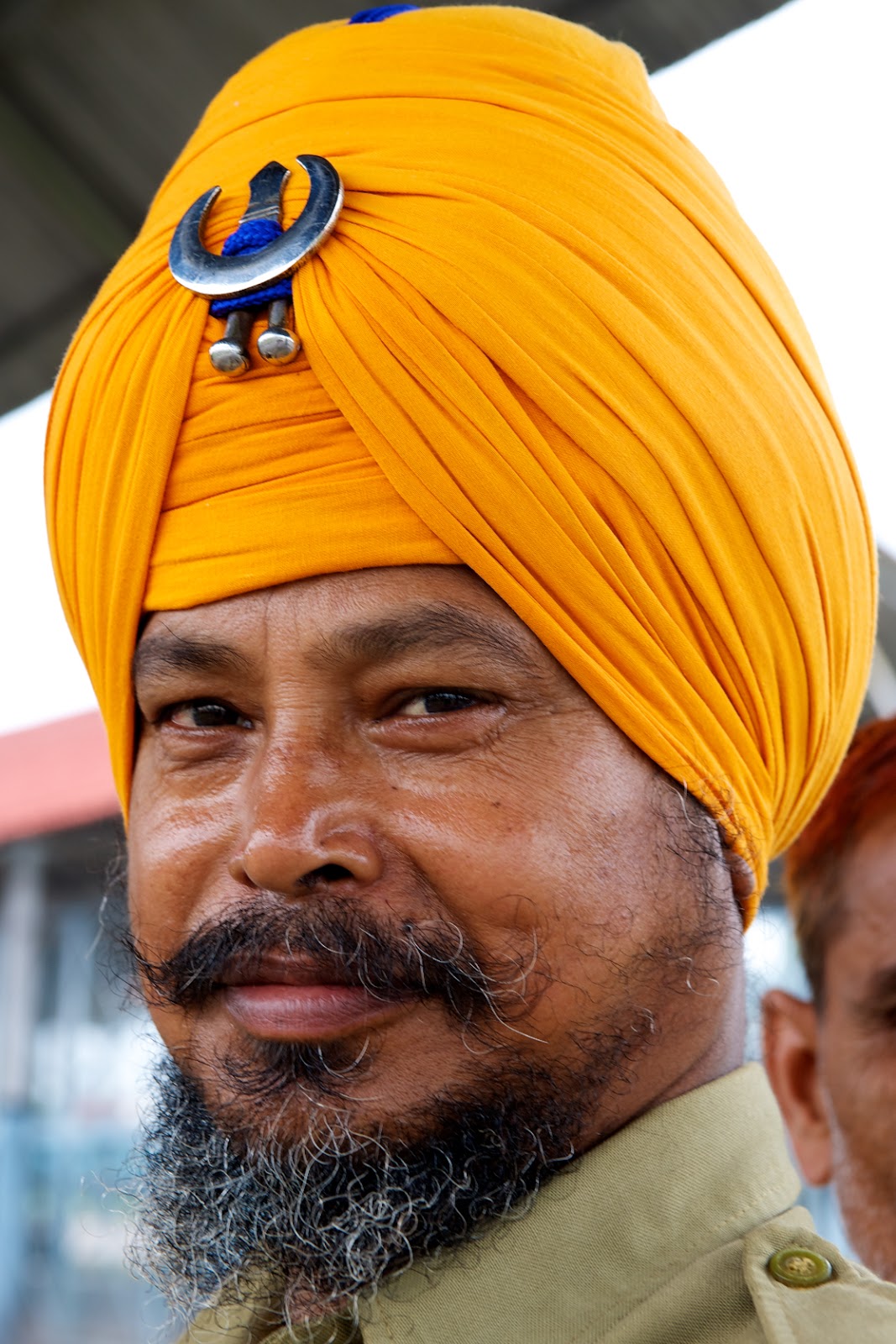 This collection of essays recalls the author's days in India, first as an attache in the Mexican Embassy, then 11 years later as Mexico's ambassador. He brings insight into India's landscape, culture and history in a series of discourses. "The Antipodes of Coming and Going" is a remembrance of the sights, sounds and smells of the subcontinent. "Religions, Castes, Languages" gives a survey of Indian history".

"A Project of Nationhood" is an examination of modern Indian politics, comparing the respective Islamic, Hindu and Western civilizations through the course of history. "The Full and the Empty" is an exploration into what Paz calls the soul of India, its art, literature, music and philosophy, and an indictment of the self-centred materialism of Western society.

Octavio Paz is the author of "The Double Flame: Essays in Love and Eroticism".

The cool and foggy weather does not make for a great day to walk around so it's going to be mostly indoor time.

Lunch with N. Ravi, editor of “The Hindu”, one of the most important newspapers in India, published here. A very sophisticated and highly cultured person, gives us a most interesting perspective on the Indian debate on globalization. He is very well informed of global affairs. India fears globalization because of China which is penetrating local markets at a fast pace.

He comes to pick me up at my hotel and offers to drive to the restaurant in his car. I decline as I have my own car, and figure will need it later. But he was not just being polite, he was being practical: traffic is horrendous and it would take us longer to get to the restaurant than the time we would spend at the table.

He also gives us names and phone numbers of “The Hindu” correspondents in each and every city we are going to visit over the coming days in Tamil Nadu and Kerala, and these will prove to be interesting sources of local insight and suggestions! 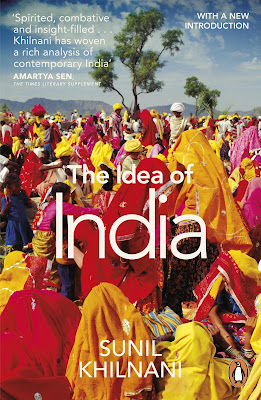 A key book on India in the postnuclear era, with a new Introduction by the author. Sunil Khilnani's exciting, timely study addresses the paradoxes and ironies of this, the world's largest democracy. Throughout his penetrating, provocative work, he illuminates this fundamental issue: Can the original idea of India survive its own successes?

The author tries to encapsulate the idea of India in five chapters:

Democracy (how this was possible in India, and in fact how democracy made India possible!);

Temples of the future (on growth after WW II);

Cities (and the role they play in changing India);

Who is an Indian (the most complicated of all chapters!)

The Garb of Modernity (on ongoing change)

These are important aspects of what makes India, of course, but hardly the only ones and perhaps not the main ones. Most people in India still live in the countryside.

In my view the main drawback of the book is its excessive praise of Nehru. Yes he did keep India united after partition and preserved democracy but his autocratic economic planning delayed India's development, which really took off after the Nehru/Gandhi dynasty came to an end with Rajiv's resignation in 1989 and assassination in 1991.

In any case, there can hardly be any such thing as "the" idea of India. A better title might have been "One Idea of India".

See my other reviews on India in this blog.

Book Review: In Harm's Way: The Sinking of the U.S.S. Indianapolis and the Extraordinary Story of Its Survivors (2001), by Doug Stanton, ***** 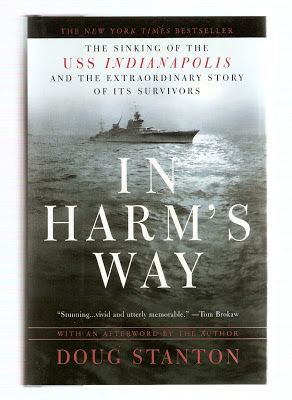 The USS Indianapolis was the last ship sunk during the Second World War. Savaged by a salvo of torpedoes from a Japanese submarine, the warship, one of the fastest in the US Navy, sank in a matter of minutes. One thousand two hundred men went into the water, and only 321 were to survive. This is their story. On 30 July 1945 the Indianapolis was returning from the small island of Tinian, having delivered the components of the atom bomb ‘little boy’, which was to decimate Hiroshima and bring on the end of the war. As the torpedoes ripped into the side of the ship hundreds of men were killed. Those lucky enough to survive were to face extremes of physical and mental hardship in the water. Many were left to float in the ocean with little or no food or drinking water in deteriorating life jackets and, most chillingly of all, open to attacks by sharks...

Email ThisBlogThis!Share to TwitterShare to FacebookShare to Pinterest
Location: Guam

Email ThisBlogThis!Share to TwitterShare to FacebookShare to Pinterest
Location: Africa

Book Review:The Floating Brothel: the Extraordinary True Story of An Eighteenth-Century Ship And Its Cargo of Female Convicts, by Sian Rees, *****

In 1789, 237 women convicts left England for Botany Bay in Australia on board a ship called The Lady Julia, destined to provide sexual services and a breeding bank for the men already there. This is the story of the women aboard that ship.

Email ThisBlogThis!Share to TwitterShare to FacebookShare to Pinterest
Location: Australia

Book Review: A Trip to the Beach: Living on Island Time in the Caribbean, by Melinda and Robert Blanchard, ***** 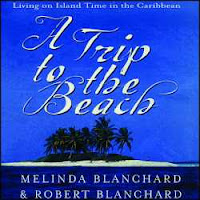 A Trip to the Beach is about the maddening, exhausting and exhilarating challenges Melinda and Robert Blanchard faced while trying to live the simple life after moving to Anguilla to start a restaurant - and the incredible joy when they somehow pulled it off. As their cooking begins to draw 4-star reviews, the Blanchards and their kitchen staff - Clinton and Ozzie, the dancing sous-chefs; Shabby, the master lobster-wrangler; Bug, the dish-washing comedian - come together like a crack drill team. Anyone who's ever dreamed of running away to start a new life on a sun-drenched island will find the Blanchards' seductive, funny tale of pandemonium and bliss unforgettable.

Email ThisBlogThis!Share to TwitterShare to FacebookShare to Pinterest
Location: Anguilla

Today is the start of the new millennium.

Some, like Dick Teresi, have argued that this is the result of a number of errors in year counting committed in the past, in the middle ages in fact. There never was a year 0, we went from 1 B.C. to 1 A.D. He says there should have been a year 0 however between those two years, just like there is a year 2000 between 1999 and 2001.

However, others argue that because years B.C. are counted starting from -1, there is no room for a year zero, just like on a Carthesian coordinate system, where zero is a point, not a time interval.

Since we are likely to stay with the current counting system for a while... pop the Champagne today!