Alalalei! (Hello!) is the first word in Naxi language I learn from our guide upon arrival in this small but pretty and efficient airport in Yunnan province. Zhubaysay (Thank you!) is the second. Swallow, (the name of our guide) welcomes us in this peculiar province, where most of all the minorities of China live.

In Yunnan province, forty-five million people live in 400,000 square kilometers, an area  almost one and a half times the size of Italy, and of them, one third belong to national minorities, i.e. non-Han peoples. Twenty-five of China's fifty-six national minorities are represented in Yunnan.

The number of Naxi is small, less than half a million people, but Swallow thinks it's probably set to rise a bit since national minorities are not bound by the one-child policy of China. She, however, married a Han Chinese and therefore is stuck to one kid! :-( She says there are quite a few who break the rule. In this case they have to pay 300,000 Rmb (about 30k euro) for a fine. Alternatively, some couple just don't declare their second born. This can be difficult in a city but is relatively easy in the countryside. A third option is to sell the child to couples who can't have any. Finally, quite a few end up aborting their second child. 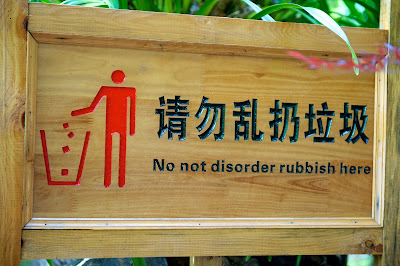 She takes us around town, a UNESCO World Heritage site. The Black Dragon pool park is a serene spot, and very clean... everyone comes here to have their picture taken, and for good reason. A place to be savored for a few hours. A typical Chinese garden, with pagoda, lake, bridge, tower...

My most interesting meeting is with a ninety-something year old man at the Yufeng temple. He is a gardener, and has been tending to an extremely old camelia tree for many decades. He sort of sits there by the wayside, but says that during the Cultural Revolution the Red Guards came up the hill and wanted to cut down the tree, seen as some sort of decadent symbol or whatever... but he stood up and told them they would have to cut him down first, at which point they gave up and left. Not sure what to make of the story, but the obesssion with the damage inflicted by the fanatic Red Guards during the Cultural Revolution is a recurring refrain in this trip.

We also have a chance to visit the Dongba Research Institute, where the old Naxi language is still studied and preserved. It is perhaps the last pictographic language in the world, composed of some 1400 pictograms, ie little drawings, unlike the Chinese ideograms which are composed of graphic symbols that don’t necessarily have any resemblance with the object of their representation.

At 20:30 we get a chance to listen to a concert of traditional Naxi music in the town's concert hall. This is no tourist trap, but an amazing group that resurrected an old musical heritage that had been destroyed to near extinction during the 1950s after the repressions of the "One Hundred Flowers" campaign in 1957.

The musicians are almost all octogenarians, with a few exceptions, among them a lady harpist and an amazing lady singer. They are led by Xuan Ke, who was imprisoned for twenty-one years (until 1978, after Mao's death) for his key role in founding the orchestra. He was allowed to restart it in 1984, and today the ensemble plays some original instruments which were saved from destruction at the time of One Hundred Flowers and then during the Cultural Revolution by some brave locals who hid them from the Red Guards at their own risk. 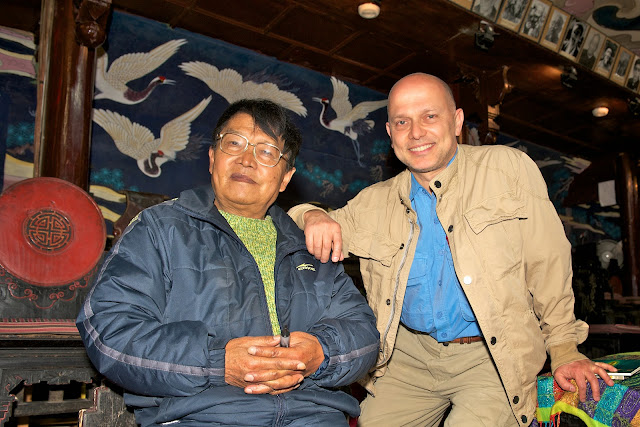 I talk to Xuan Kue after the concert, he has no bitterness, just an incredibly strong will to keep Naxi musical tradition alive, and he is sorry that it is difficult to find young people to learn how to play it. He claims this is China's oldest music and must be preserved for posterity. So at 81 y.o. he keeps performing with his group every night to packed audiences of locals and tourists.