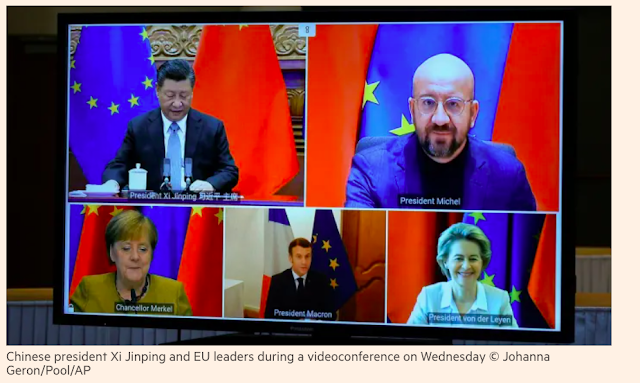 Merkel is rotating president of the Council of the EU

What does Macron represent? A member state: France. So where are the leaders of the other 25 member states then? Pathetic they let him get away with this show.

Macron apparently put a lot of pressure to be included in the photo-op, just to enjoy playing prima donna. France still believes it won World War II and is a world power. Pathetic. (Oh, and he is the only one who forgot to put a Chinese flag behind himself.)

PS: Where is the president of the European Parliament, which will have to ratify the deal together with the Council in the end?