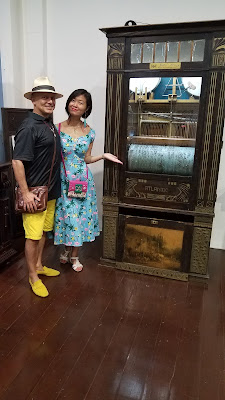 The highlight of the morning is the Singapore museum of music boxes. It is the property of a Japanese collector who somehow decided to open this exhibition to the public here in Singapore three years ago.

It contains about 45 pieces, mostly Swiss machines but also German and American ones.

Our guide is a part time employee, an elderly man, maybe about 70 years old, who gives a private tour for two of us. He loves the boxes, knows everything, and treats them, literally, with white gloves. He knows in great details the inner workings of each machine and his meticulousness and enthusiasm for this technology is apparent at every step of the presentation. He plays several of the instruments for us as well.

The ticket is 12 very well-spent dollars.

He also recommends a bigger museum that apparently the same Japanese collector opened in Shanghai. It does sound strange that a Japanese would open a museum in China and one in Singapore, instead of Japan, I will have to research this. 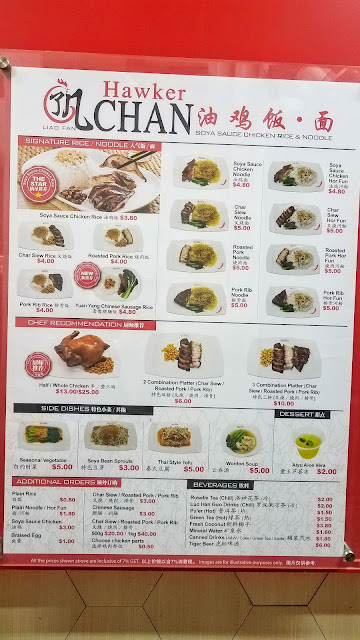 Dinner is with CK, my classmate at MIT. This time he takes us to Hawker Chan, the cheapest Michelin star restaurant in the world, 3.6 SGD for rice chicken, their signature dish, but more for veggies.

After we order and sit down they close the restaurant, it is not yet 9 in the evening but they said they ran out of food. Victims of their own success. I am very grateful to CK for having taken us there, of course, he is always generous when we meet in Singapore.

He is a remarkable man. His grandparents immigrated from China, they were farmers. he studied hard, went to university and became a researcher in the engineering department. He then won a scholarship to get his master's degree at MIT, where we met, and returned to a brilliant career in Singapore, crowned with his appointment to head the engineering school at the National University.

But the rice chicken was good, not great, I am not sure it was worth a Michelin star. And I have eaten at quite a few multi-starred venues over the years.

As we walk back to our hotel after dinner we noticed lots of workers getting the lights and lanterns ready for the upcoming Chinese mid-Autumn festival. Lifang talks to some of them and we find out they are temporary workers, mostly from Sichuan province, who come for a few months to make some money and then go home. 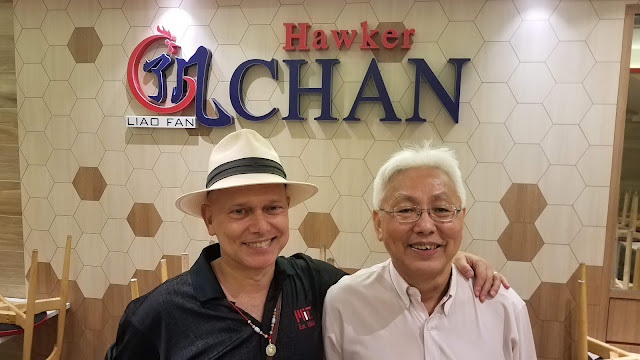 Apparently many Chinese come here for work on a tourist visa, they do not have a work permit but the government leaves them alone as long as they don't stir up trouble.