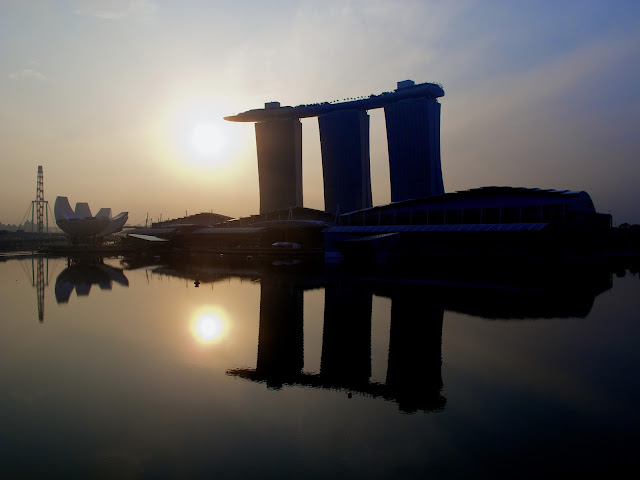 We wake up at dawn because of our jet lag, and out of our hotel window we can admire the silhouette of the iconic Marina bay Sands (MBS). After a sumptuous breakfast, we proceed to a full day tour of Singapore with Luca and our local guide.

Singapore welcomes us with a sunny and hot day. I never have enough of this wonderful city state, a mixture of tradition and modernity that blends many cultures into a proud and vibrant society. The Chinese majority (about three quarters of the population) coexists with the Indian (Tamil) and Malay minorities and the many Western expats.

About two hundred Jewish families are known to live here, but I am told they mostly keep to themselves. It is possible to visit mosques, churches, Hindu and Buddhist temples, but our guide says it is not easy to visit the two synagogues for non Jews.

Streets are calm and clean, public transport works well and everything seems to be user friendly. The country is not really a full democracy, and limited dissent is tolerated, just, alive, especially online. Economically, the former British colony began to develop as a freeport, taking advantage of its strategic position. It then diversified into manufacturing, oil refining, finance and more recently into tourism. Tourists are also attracted by the possibility of gambling.

Politically, Singapore is tightly connected with the West and especially with the US, which keeps a discrete military presence on the island. Military cooperation with Israel is quite developed as well. 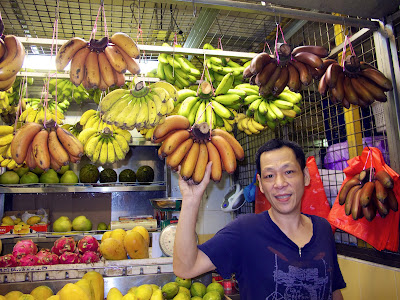 The Chinatown underground market is pulsating with trade and (for me) unusual foods, like fish bellies and pork stomach. There is ample opportunity to taste different delicacies as we work our way along the neon lit alleys of the market.. A friendly seller of more familiar bananas poses for me without a problem. In one cafè I try a drink of chestnut juice, barley and lime. 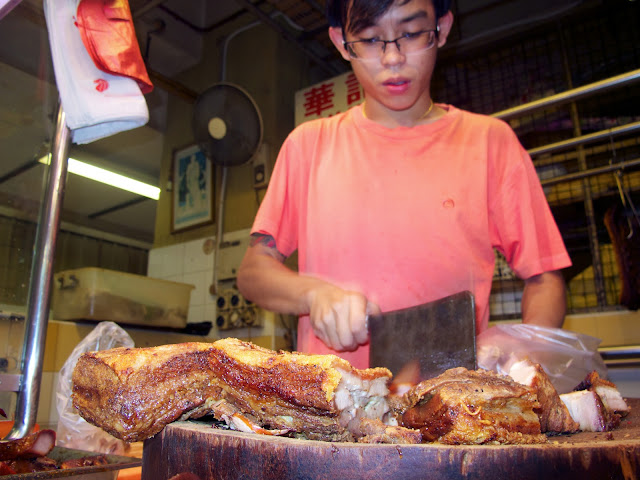 Live frogs are for sale along with many different kinds of meat and fish. 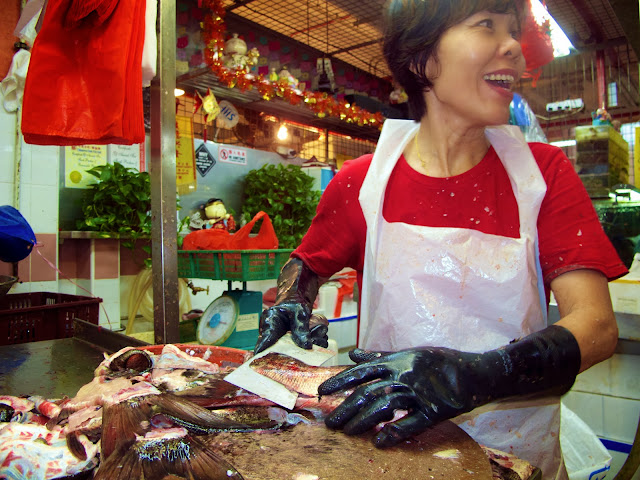 At the Maxwell food court Chinese, Indian and Malay food offer an endless wource of enjoyment for the adventurous. Here you sit casually at big round tables that you share with whoever happens to be there. You buy your food and drinks and eat at your pace. Many ladies scurry around cleaning up after you are done, and other ladies patrol the alleys selling paper tissue.

Actually you don't really have to be so adventurous. Just curious. Unlike a group of Italians whom I met. The two guys were looking around and ready to plunge into some chicken masala or pork liver, but the two ladies looked horrified and asked their men to leave and go look for some more readily recognizable food. Oh well, their choice. And their loss. We stayed and tried different stuff, including "century old egg", a darkened hard boiled egg that is kept underground for some months before being offered for consumption. Different from what we are used to, but good.

Of course, western symbols like McDonald's are everywhere to testify the cosmopolitan nature of this country.

Dinner at an Indian restaurant in the Esplanade. Wendy, a Chinese friend from Hong Kong, tells me how she is really worried about how the central government is slowly eroding HK's unique nature to make it conform with the mainland. In theory HK is autonomous until 2047 (fifty years after the end of British rule) but in practice she fears it might be amalgamated into the Communist system before that. On the other hand, China is changing fast as well, and it might well be that in 2047 the mainland will look more like HK today 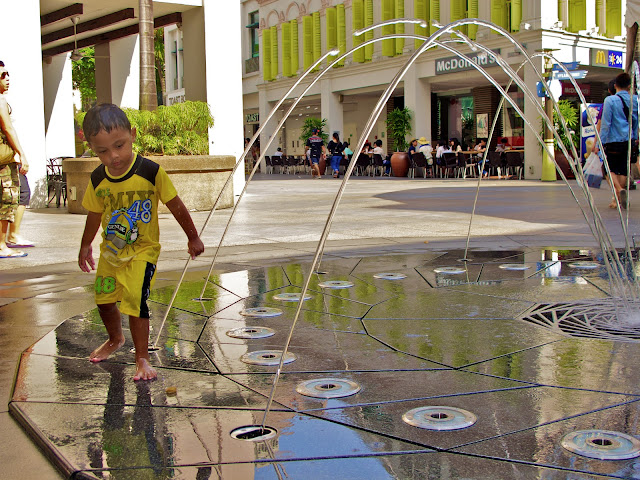 You can watch a slideshow of my stay in Singapore here