At 9 am we drove by a school of judo for small children. Along the road I saw people holding roosters in cages. They are fighting roosters, and although the practice is banned it remains very popular.

Lots of young people in the streets were drinking Arak (a liquor based on distilled coconut).

All over Bali, following an ancient tradition, each family house has a small temple to the gods and another to the ancestors. I will be lucky to witness an offering in a real Balinese family on another day of this trip. Each village has three temples: one to Brahma, one to Shiva and one to Vishnu. 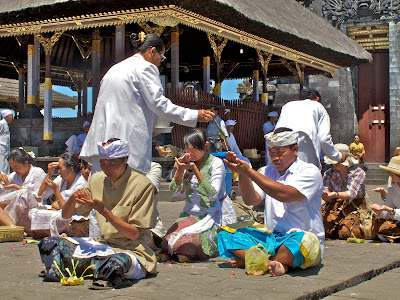 Bali is an anomaly in Indonesia as the great majority of its population is Hindu, with only a few Muslims and Christians. This morning we set off to visit Besakih temple complex, perhaps the most important in the island. It is a huge structure on the slopes of the Gunung Agung mountain. It is a grand mixture of 20+ temples, masses of pilgrims, scores of tourists and rows of merchants who peddle anything either group would buy. A few ladies sit on the sidewalks and sell fresh and dried fruits. 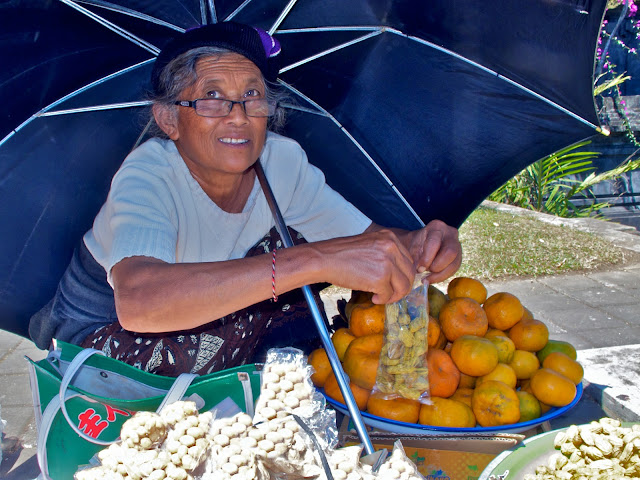 As we drive around the island I note that there seems to be a lot of economic activity going on, the vibrant tourist industry of course but also construction and trade. My guide Mully tells me that the average wage for a local worker is about 80.000 Rupies (about 6 Euro at today's rate) but Javanese workers will do the job for 70.000, hence the immigration of low skilled labor from Java. This is useful of course but it also creates problems. For one thing Javanese are Muslim, so there is a huge contrast with the local Hindus. Also, they are disproportionately responsible for crimes such as theft, especially when they lose their jobs. Lots of riots as young Balinese don't want to work in the rice fields or construction but at the same time resent the influx of Javanese workers who take up these jobs. Same story as we are used to experience in Europe... 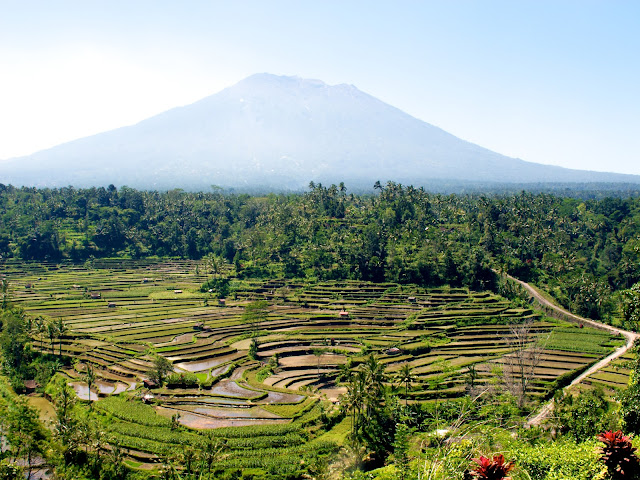 In the afternoon Luca and I do a couple of hours of white water rafting. Too bad there is no time to do more, it would be definitely worthwhile!

Later in the afternoon we visited the Royal Court house.

In the evening I ate at a local night market in Gianyar. Suckling pig is the paramount specialty of Bali, and it is not be missed for any reason! 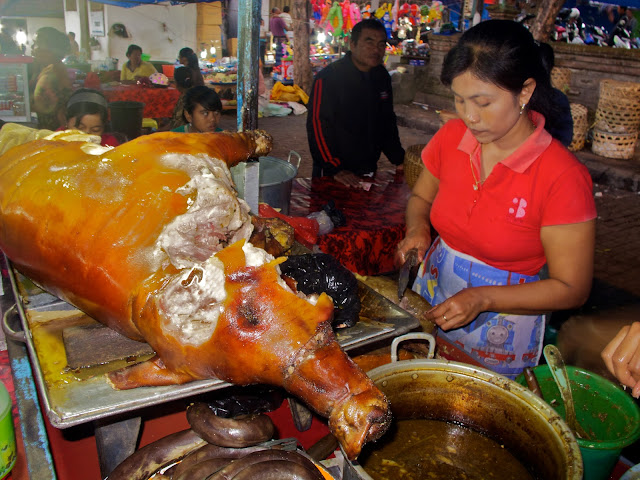 Email ThisBlogThis!Share to TwitterShare to FacebookShare to Pinterest
Location: Bali, Republic of Indonesia