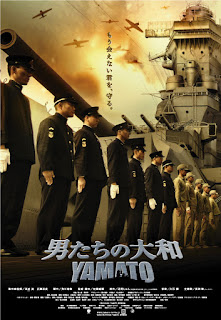 History buffs may quibble with some (perhaps important) details about this movie, but it does offer a good perspective on the tragedy of the crew and their families in Japan. I don't think this movie is in any way apologetic of Japan's war effort or military establishment. The final days of the Yamato are set in the historical context of the time and the narration lets the viewer get a glimpse of the desperate frame of mind that moved the Japanese as the Americans set to land in Okinawa. An interesting piece of the Pacific War puzzle.


This is one of several films that allow us to see WW II through Japanese eyes.