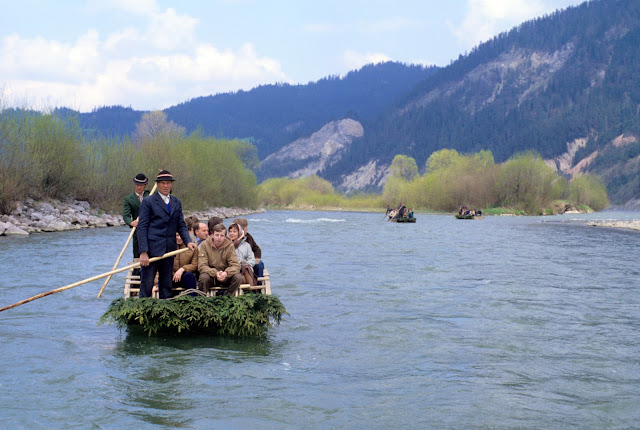 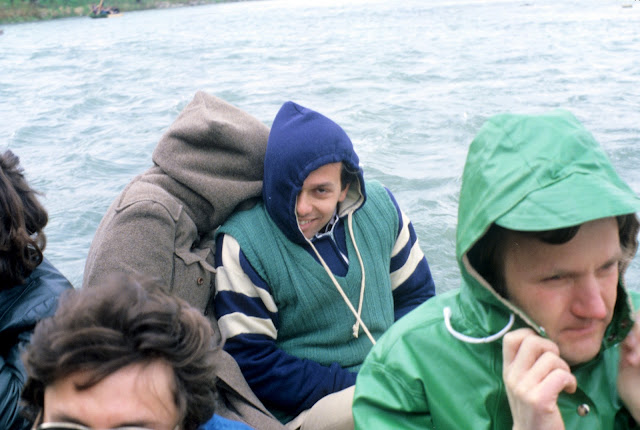 Day trip to the Dunajec river, on the border with Czechoslovakia. We drift down the river for 18 km on a big wooden raft piloted by some quite deft local sailors. It is very cold and windy.

We stop for lunch at a local eatery along the banks of the river, al100 for a hearty meal of sausages and potatoes, hot soup. Cheap, tasty and filling. 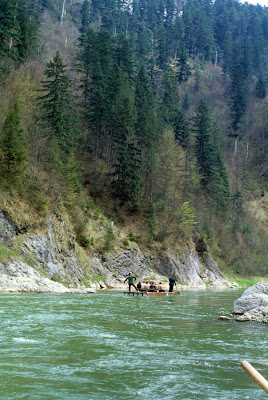 During the boat ride, we often get very close to the Czechoslovak bank, and a few people here and there come down to have a look at us. It is very embarrassing to hear Pat get up on our raft and yell at them from the top of his lungs: "Hang in there, we'll come to liberate you from Communism!". Once, twice, three times... If only... He is being silly and if he weren't silly he'd be irresponsible.

People here have memories of such promises in the past, when it was Western (especially American) government agencies, such as Voice of America, that gave false illusions to the peoples oppressed by the USSR. Especially when Hungary rose in 1956, many brave Hungarians actually believed that NATO could come forward and liberate them. But it did not, and they were crushed by Soviet and Warsaw Pact tanks. 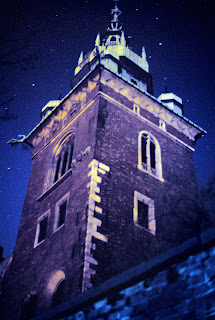 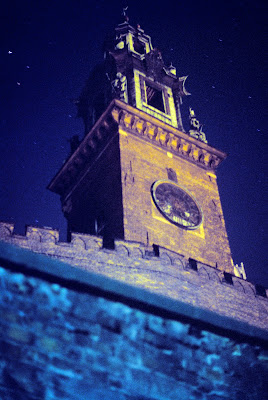 In the evening we are back in Krakow. Good lunch in a local restaurant,      always lots of meat and potatoes. Andrew and I take a walk to the Wawel, hoping to catch a night view, but it is closed and watched by threatening dogs, so we turn around and end the evening with a chat in the cool wind.
Posted by Marco Carnovale

Email ThisBlogThis!Share to TwitterShare to FacebookShare to Pinterest
Location: Dunajec