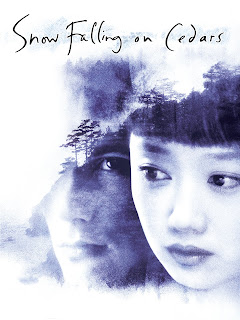 Scott Hicks' screen adaptation of David Guterson's best-selling novel. On San Pietro Island, shortly after the end of World War Two, local fisherman Kazuo (Rick Yune) is on trial for the murder of another fisherman. The hearings are attended by Ishmael (Ethan Hawke), a local reporter who was also the childhood sweetheart of Kazuo's wife, Hatsue. As the hearings progress, Ishmael gradually begins to realize the extent of anti-Japanese feelings which still remains, and suspects that it could affect the course of the trial.

A gripping historical novel about a lesser-known (unless you are a Japanese-American) aspect of domestic politics in the USA during and after World War II. A dark page in American democracy but a message of hope at the end. Also, it shows how immigrants in the American melting pot do not always, well, melt in the pot but keep cultural, if not political, affiliations to their country of origin.

You can buy the book here