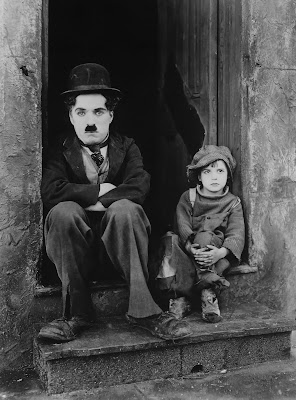 This is a collection of five films:

The Kid (1921) silent
A moving story of poverty and generosity.

The Gold Rush (1925) silent
Irony about greed. Poor man against poor man, in the hope of striking gold and turning the page.

The Circus (1928) silent
Love and desperation intertwined in a moving story.

Modern Times (1936) last silent film by Chaplin
A timeless classic about the dehumanization of man by machines.

The Great Dictator (1940)
Filmed as WW II was getting underway, it is a totally unveiled veiled satirical attack on Hitler and Mussolini. A movie about the need to speak up for freedom, then as now.

These are among the best masterpiecess made by Charlie Chaplin. They are timeless works, and each evokes as much emotion and humor today as it did almost a century ago.

The BD rendering is very good, even though I am not sure it justifies the expensive price tag. Perhaps a DVD set would be enough. Yet, I would still recommend this set, considering one is likely to view them again and again with undiminished pleasure.