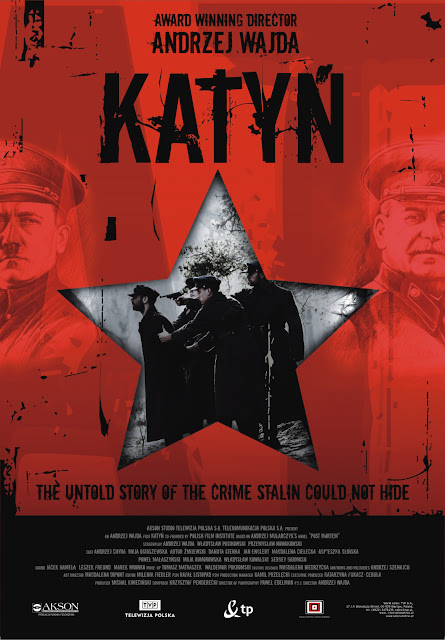 
KATYN is the story of Polish army officers murdered by the Soviet secret police in the Katyn forest during the Second World War and the families who, unaware of the crime, were still waiting for their husbands, fathers, sons, and brothers to return. It is a film about the continuing struggle over History and memory, and an uncompromising exploration of the Russian cover up of the massacre that prevented the Polish people from commemorating those that had been killed.

This is a spine chilling documentary of an abominable episode of World War II. In fact it was not even part of the war, really. Thousands of Polish officers and intellectuals who had escaped German aggression in 1939 were killed in cold blood by the Soviets, supposedly their allies against Hitler, to pursue Stalin's goal of decapitating Poland's leadership so as to better control the occupied and partitioned country. When Germany advanced deep into the USSR and found the bodies it told the world about what happened. The Red Cross confirmed. But in light of the fact that the USSR was fighting on the Allies' side against Germany no one did anything about it.

After the war, Poland was occupied by the Soviets and for almost half a century it had to officially acquiesce with the big lie: the Poles at Katyn had been killed by the Germans. It was only with Gorbachev that the truth became undeniable, and gradually the new post Soviet Russian leaders have admitted to Stalin's crime. And it was only in 2010 that the tragic epilogue took place: on their way to Katyn for a joint Russian-Polish commemoration of the events of the 1940s, a Polish plane carrying the President and a number of the country's top officials crashed near Katyn, thus prolonging the agony and the mourning.

You can by the DVD on Amazon.

Or you can also get the Blue-ray disc on Amazon.