After our usual morning classes again for lunch in the university's cafeteria.  After which I go to the post office to call Rome. I am getting used to not having a phone at "home" as well as not having a phone number people can call me at. 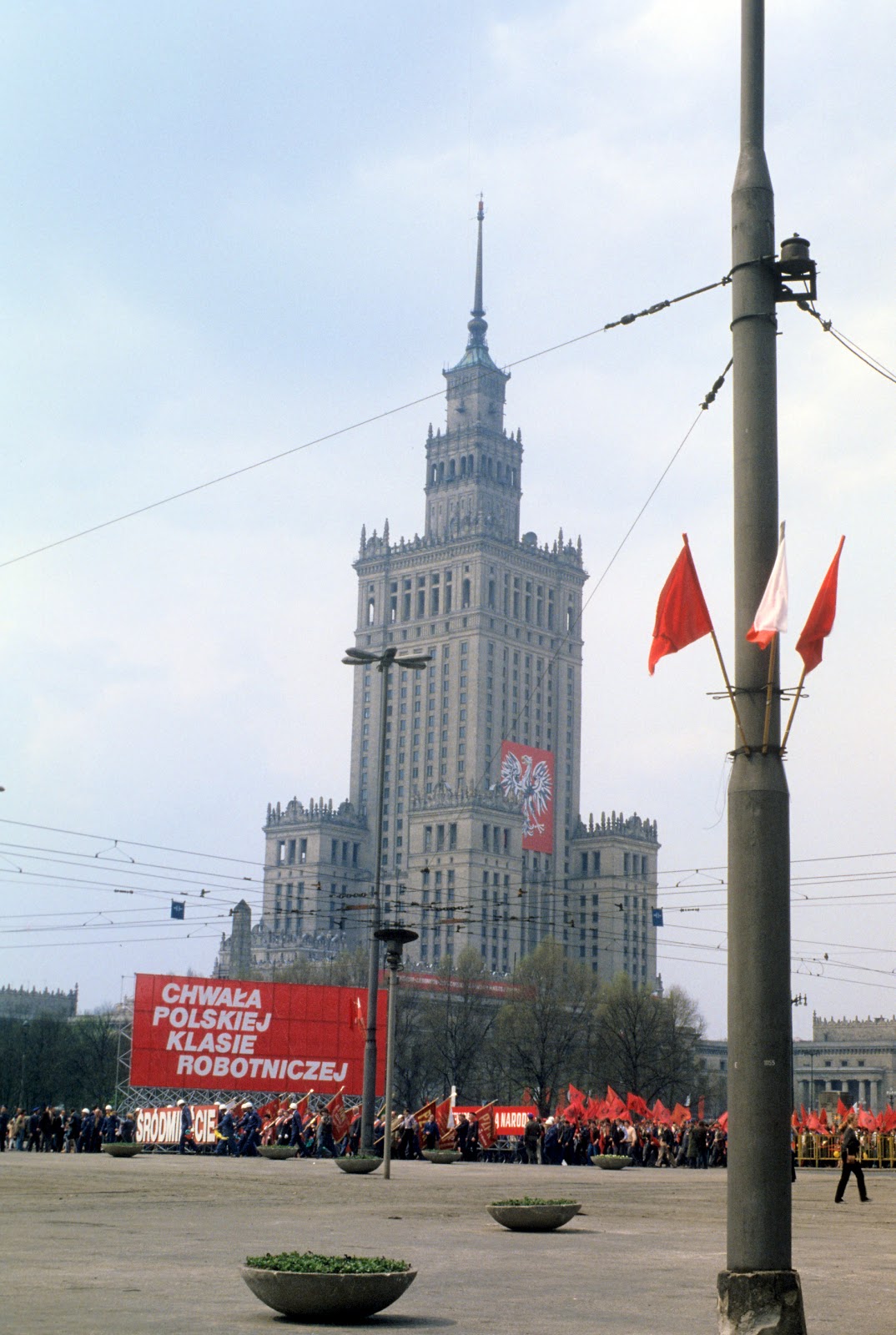 Andrew and I then go downtown for a walk. Our target today is the Palace of Culture and Science. Highly controversial for some time, but we find really nothing special inside that we can access or appreciate. I actually kind of like the architecture of the Soviet style skyscraper, one of many such buildings "donated" bu the USSR to its socialist "brother socialist countries" in the 1950s, though it is easy to understand how Poles see is as a symbol of Soviet domination and therefore resent its intrusion into their capital's skyline.

In the evening Ann goes out with Vadim, a Russian who is after her, and some Russian guys while Andrew and I decide to rest in our dorm. After a while, however, Andrew is bored and decides to go and check out the Hades bar/café our friends have recommended, but there is a concert tonight so not as much chance to socialize and pick up!
Posted by Marco Carnovale