Gasoline and the Russians 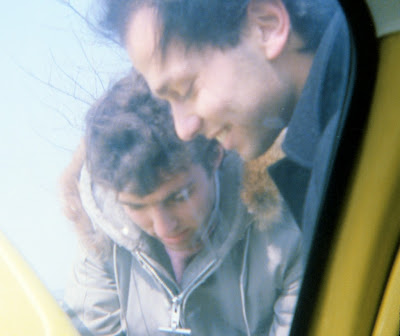 A Polish friend takes us to a gas station in town where he knows the owner and makes an introduction so we can now buy gasoline at the "Polish" price, without coupons, and pay in zloty. He charges us 25 zloty per liter instead of the official price of 16 zloty, so he pockets 9 zloty per liter but this is still a huge saving for us. Coupons cost 60 cents per liter, ie about 55 zloty.

We celebrate with a great lunch at the restaurant of the hotel Victoria. As we park Giallina in front of the hotel some guy asks us whether we'd like the car cleaned: 1.50 USD for the job. OK it's a deal. The restaurant is called "Canaletto" and two large paintings of the Venetian master are there to be admired by their patrons. 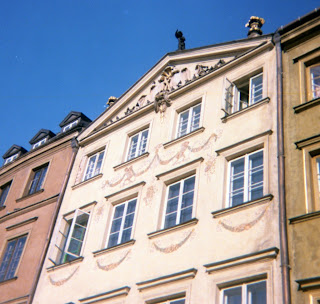 After lunch we go for a walk and some coffee in the Stare Miasto (the old city). The charming downtown has been reconstructed after having been completely destroyed by the Nazis during WW II. It is an exact replica of the original that is lost forever. 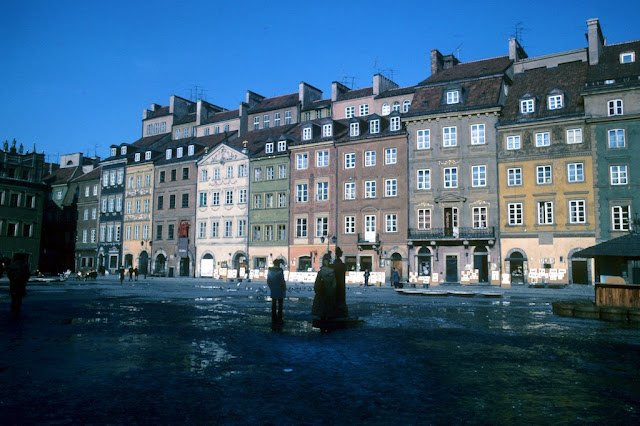 In the evening there is a party in Ann's dorm, where we meet Marta. She does not really study there, but is a friend of a friend or something, and is on the prowl for a Western boyfriend.

Most students are very happy to talk to us and their favorite topic of conversation is the Russians. They just loath the Russians and resent the system that the Soviet Union has imposed on Poland. One Arbus (Water melon?) is drunk and spends a good half hour spitting on the ground and yelling: "Russki" and then stepping on his spit. Even though we have no language in common that is communication enough.

What no one mentioned, or knows, is that gasoline in Poland is cheap because it is provided at subsidized prices by the USSR. It is a price Moscow is willing to pay to contain discontent in the satellite countries and avoid a repetition of the experience of Hungary in 1956 and Czechoslovakia in 1968.
Posted by Marco Carnovale