Guernsey and its Little Chapel

Visit to the "Little Chapel" is part of a tour we did as part of our one-day visit to this island, which is not part of the UK though it uses the pound sterling, accepts most laws and standards and lets London run its foreign policy and defense.

The Little Chapel was a work of art and labor of love built by Brother Déodat, who started work in March 1914. His plan was to create a miniature version of the famous grotto and basilica at Lourdes in France. The version you see today is actually the third version.

The first, measuring a tiny 9 feet long by 4.5 feet wide, was criticized, so Brother Deodat spent the following night demolishing the building. He soon set to work again and, in July 1914, the grotto was completed and officially blessed. This survived until September 1923; Brother Deodat demolished it in that month because the Bishop of Portsmouth had not been able to fit through the doorway.

He soon set about the construction of a third chapel - which we see today. The building operation proved laborious, collecting pebbles and broken china to decorate the shrine. Then suddenly the Little Chapel became famous, thanks to an illustrated article in the Daily Mirror. Presents poured in from around the world and Islanders brought colored china to Les Vauxbelets with the Lieutenant-Governor offering remarkable mother-of-pearl.

In 1939 Brother Deodat returned to France because of ill health. After his departure, the care of the Little Chapel was entrusted to Brother Cephas, who continued to decorate the building until his retirement in 1965. In 1977, a committee was established to restore the chapel and today it falls under the care of The Little Chapel Foundation.

There is no charge to enter the Chapel as it relies totally on public donations.


Tribute to the crew in kitchens and restaurants at the end of the cruise!

Today I visited the smallest house in Britain. It was a real house, with someone living in it until it became a museum.

The last occupant was, ironically, a very tall man!

Some consider it the most romantic island of Scotland, and maybe it is, but kind of windy and cold for that purpose today.

We take a leisurely tour of the perimeter and soak in the landscape.

Peat cutting was a major industry for centuries, was then abandoned as uneconomical but it's been resurrected by demand of peat for whisky.

The tomb of Alexander McQueen is a highlight, the fashion genius rests here.

Bits and pieces from our visit to Stirling Castle in Scotland.

What better way to spend a rainy day in Dublin than in the whisky museum?

Notes from a guided tour.

Uisce is the Irish word for water
beatha means of life

book of Kel 1405 first record of the word whiskey, it was then made by monks.

Was the original purpose communion, instead of wine?

Used as perfume, originally from Iran came with with moors to Spain

must be aged at least 3 years by law

Angel share lost to evaporation is about 20% per year, therefore old whiskey expensive: you pay for lost whiskey!

the more you lose to angels the faster whiskey ages

Stop the process by drying with hot air or burning peat to make smoky flavor get grist.

Yeast to transform grist to alcohol, about 12pc beer is the result

Whiskey is distilled beer in a nutshell

In Ireland cìit is allowed to make whiskey at home but not sell or even give away because fear of methanol.

... and also because of tax revenues suffered!

There 8192 illegal stills in Ireland in 1834 , more than ten times more than in Scotland

Stills made of copper

Add sulfites as in wine to stabilize

Toasting barrels just 20 seconds or so to get flavor caramel and vanilla from America oak barrels, only use barrels once.

Learned to blend now 18 stills up from only 2 before they turned to continuous, more to open soon

no spitting in whisky tasting! must get ending with swallowing
can dilute however, only reason to swirl is to look fancy! no use...

2. powers gold label
malted and raw barley together
started because maltée barley was taxed more traditional
aged in bourbon barrels only
round long 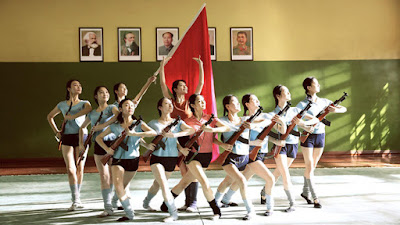